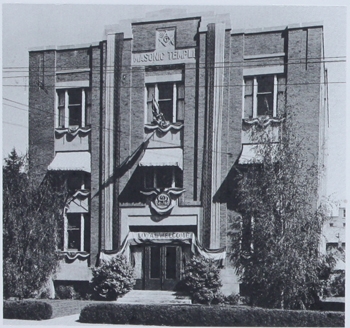 Freemasons first met in Calgary in May of 1883, a few months before the arrival of the C.P.R. In August of that year, the first Calgary lodge, Bow River #1, was extablished leading the way for the growth of Masonry in early Calgary. By 1900, two additional lodges were formed, and Masons met in the Victoria Block. In 1907, the Masonic headquarters was moved to Alexander Corner where the lodges met until 1922, when the property was sold with the intention of building the Hudson’s Bay Co. store. This forced the lodges to make plans to find alternative quarters, but it was not until 1927 the “Calgary Masonic Temple Limited” was established to purchase property on 12th Avenue SW across from Memorial Park. That May, Major F.E. Osborne turned the first sod, and a cornerstone was laid in June by Grand Master, George Cruishank of Hillcrest. The Temple was dedicated later that year. Designed to be a community meeting place for the eight lodges, the Masonic Temple was deemed to be a “credit and challenge to Masonry”. In keeping with the orders traditions, it was felt the commodious facilities would allow Masons to pay greater attention to the social side of their work. The ideal location, across from Memorial Park, was chosen to profile the organization. Throughout the 1920s, Masons in the Province strived to erect their own buildings rather than renting. Architect D.S. McIlroy (most noted for the Odd Fellows Temple and First Baptist Church), was commissioned. 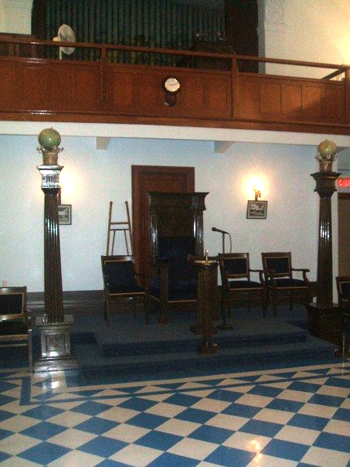 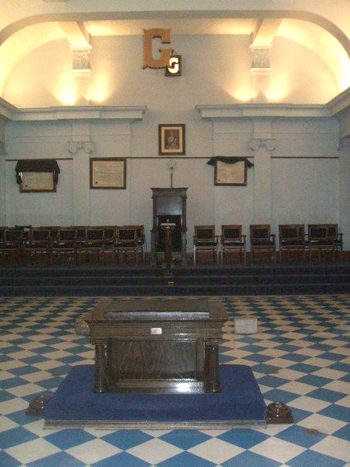 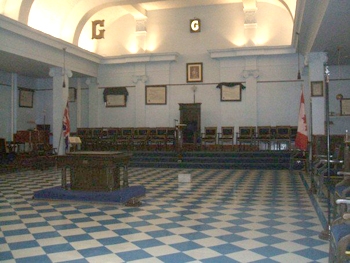 A good example of late 1920s architecture, the brick facade enlivened by vertical detailing shows elements of the Art Deco style. Contractors Crawston & Tweedle ensured sound construction and made some innovations to allow for arched ceilings in the distinctive temple rooms. Many tradesmen who worked on the building were Masons. Interior finishing includes a unique wall treatment (faux painted, hand grained), and extensive oark woodwork. The main level contains a lounge and meeting rooms. The elegant Blue Lodge Room, which is home to Calgary’s second oldest Casavent organ, is found on the first level. On the top floor is the Red Lodge Room, where the Appendant branches of Freemasonry meet (such as the Royal Arch and the Scottish Rite). A large banquet hall with seating capacity of three hundred is in the basement. Virtually no modifications have been made to the original floor plan.

A distinct Calgary landmark, well situated on 12th Avenue, the Masonic Temple has witnessed active use since 1928. Many prominent Calgarians have been associated with the temple including Calgary Mayors Ruben Jamieson and F.E. Osborne. Other figures closely associated with Freemasonry in Calgary are D. George Kerby, Howard Burton Macdonald, Reverend Frank Morley, and William Collett (1992). 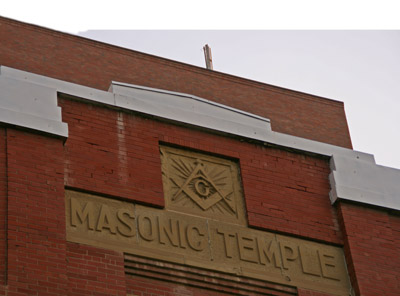 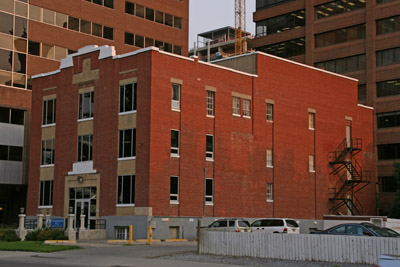 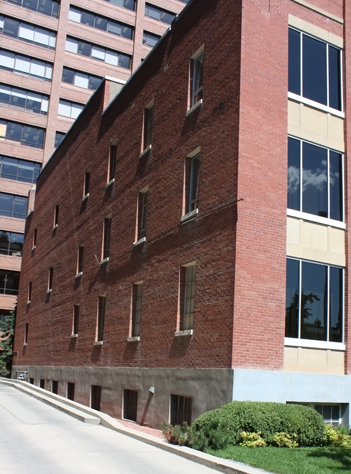 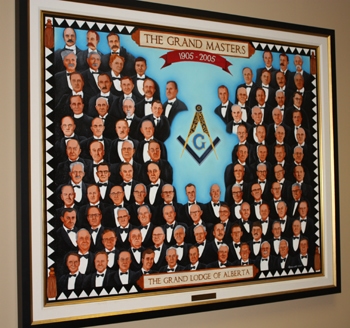