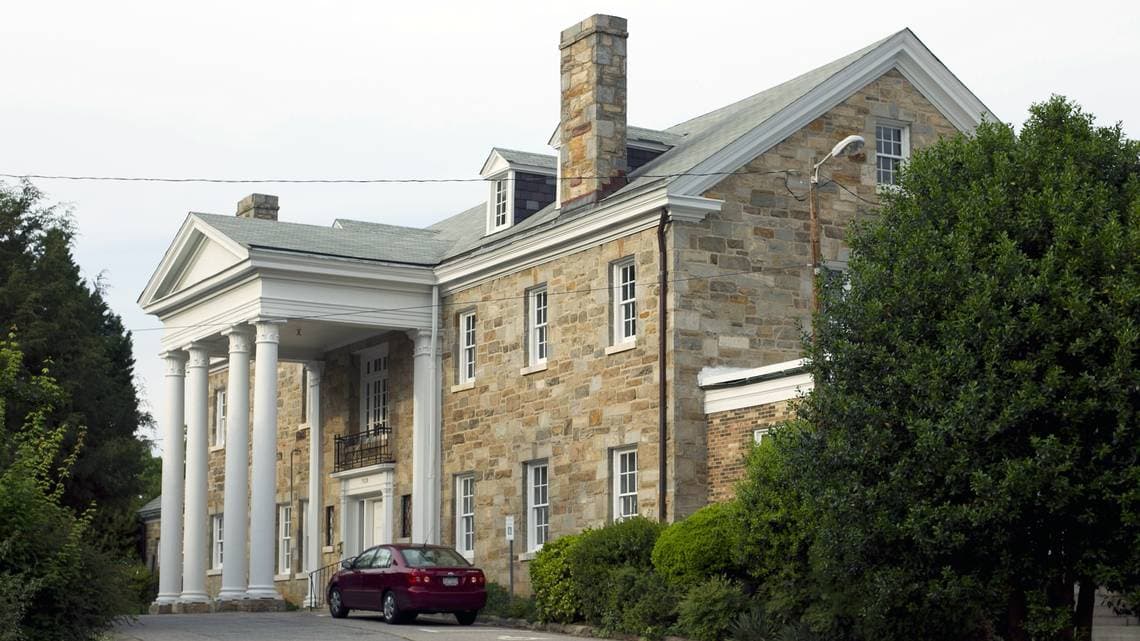 Raleigh Masonic Temple leaders say they have a prospective buyer for the historic building that has been tucked into one of the city’s oldest neighborhoods for nearly 100 years.

But who is buying the stone temple and what they plan to do with the property is not yet public. The fraternal group says it is under a contract to sell the building but the terms prohibit public disclosure of those details.

Closing could be as soon as six months and as long as a year and a half.

The Masons have been trying off and on for 20 years to sell the 2 1/2-story building and its nearly four acres in the southern end of the Hayes Barton neighborhood bordered by Glenwood and Wade avenues. The cost of repair and maintenance of the structure has become a financial challenge for the organization.

But other sales attempts have ended unsuccessfully, and created animosity with neighbors who have fought to retain the leafy, quiet atmosphere of what was Raleigh’s first suburb.

Built in 1920 for Josephus Daniels, the former News & Observer publisher who was secretary of the Navy during WWI under President Woodrow Wilson, it was a large house on a hill at the edge of a growing downtown. Daniels called it Wakestone, for the sought-after building material from a local quarry.

The Masons bought it in 1950, two years after Daniels died. His wife, Addie Bagley Daniels, died five years before him.

The organization built a 22,000-square-foot wing in 1957, which included an auditorium that seats more than 200, a dining room and commercial kitchen.

Marc Fusco, president of the Raleigh Masonic Temple Corp., would not provide specifics on the deal during an interview at the temple this week, but did offer a few tidbits that might reassure the neighbors.

First of all, it Fusco said, it won’t be turned into apartments.

And the prospective buyer is local, he said.

Whatever happens, Fusco said, the original building will likely be retained because it has federal, state and local historic protections. It is one of only three National Historic Landmarks in Raleigh.

Fusco said the prospective buyer is discussing plans with various boards and committees.

“We’re very happy with our potential partner, what they want to do with it,” Fusco said. “It’s kind of sad for us, but we’ve had other homes before. Times change. The Masons have seen membership booms and membership declines over the past 200 years.”

There were about 7,000 dues-paying members when the building was purchased, and now there are about 1,000.

Costly repairs
An entry in the organization’s Facebook page in February read, “This month we will be making important decisions about the future of the temple. There is an offer to purchase under consideration as well as a 10-year plan for making repairs to the temple.”

Fusco said the Masons are looking for a new home because of the challenges of keeping the building in repair, such as finding someone who can fix a slate roof.

“It will be a chance for us to build a space that more reflects modern masonry, rather than what it was like in 1950,” he said.

Proceeds from the sale would be used to buy the new building and sock the rest away for future generations of masons, he said.

Once the sale is final, then the masons can make a decision about a new home, preferably inside the Beltline, Fusco said. The board has been working on that move for the past year and a half, he said.

Working with neighbors
The buyer, Fusco said, is also “working closely with the neighbors here to make sure that whatever they do with the property it’s going to enhance property values and be something that will improve the local community.”

That’s important because there is a history of poor relations between the Masons and their neighbors.

In the past, neighbors have opposed a developer’s plan to erect condominiums amid the neighborhood’s narrow streets with large houses and revival architecture. They also spoke against another unsuccessful plan that would have replaced three flagpoles with cellular towers of 150 and 100 feet tall and three feet in diameter.

In 1998, Daniels’ grandson, Frank Daniels Jr., who was living next door, offered $1.25 million for the building. An association supporting the building’s historic protections offered $3 million.But the Masons did not accept the offers. More recently, the Junior League of Raleigh considered trying to buy the building, but eventually decided against it.

Opponents have said the $5.5 million asking price was too high for the building. It has been assessed at $5 million.

Fusco said there had been a contract to purchase the building in years past with a different buyer but it was not renewed.

Frank Gordon, who has lived nearby for 27 years and has fought to preserve the building, said he hasn’t been contacted by the Masons. Residents have been frustrated with proposals for the building in past years, he said.

“It’s kind of a shame it’s not something,” Gordon said. “Really, it’s nothing. It just sits there. It would be nice if it was some kind of thriving something.”