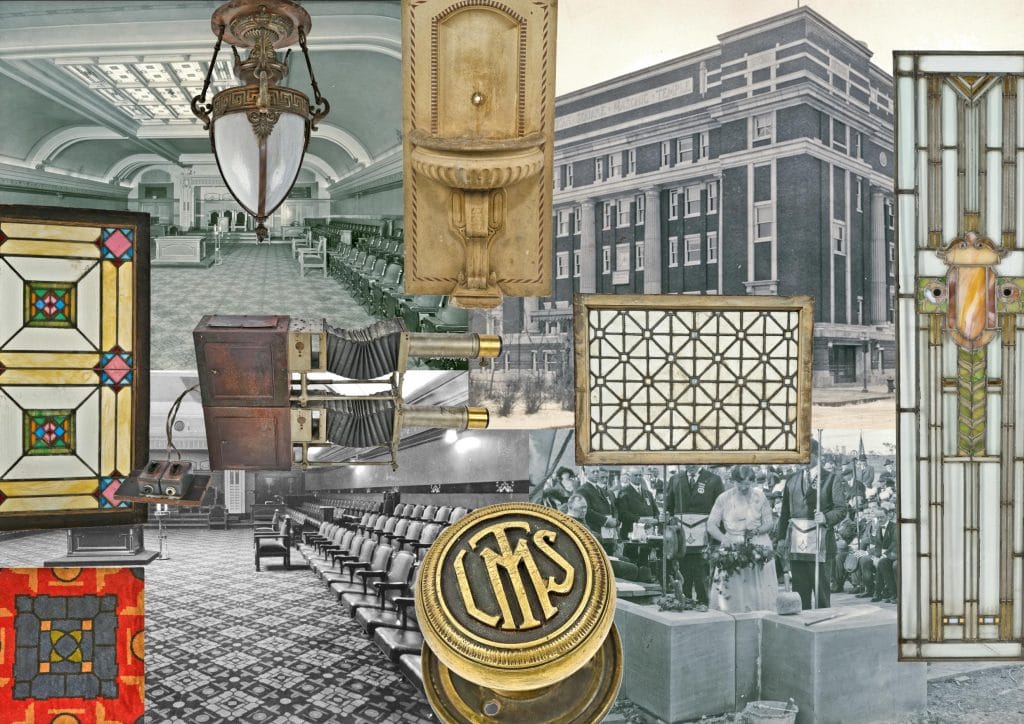 Urban Remains received a call last week over the removal of long-forgotten artifacts and building elements buried in the recesses of logan square’s Armitage Baptist church building as they begin clearing out remnants of its original occupant – the logan square masonic lodge. we spent nearly a week carefully removing these “lost and found” masonic artifacts which were strewn, and sometimes hidden, throughout the building. 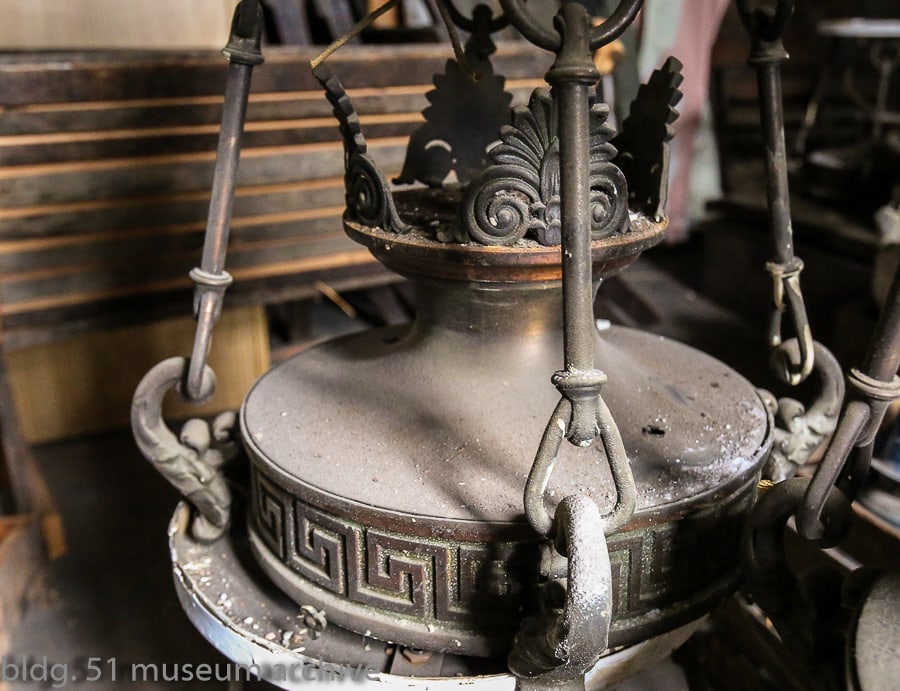 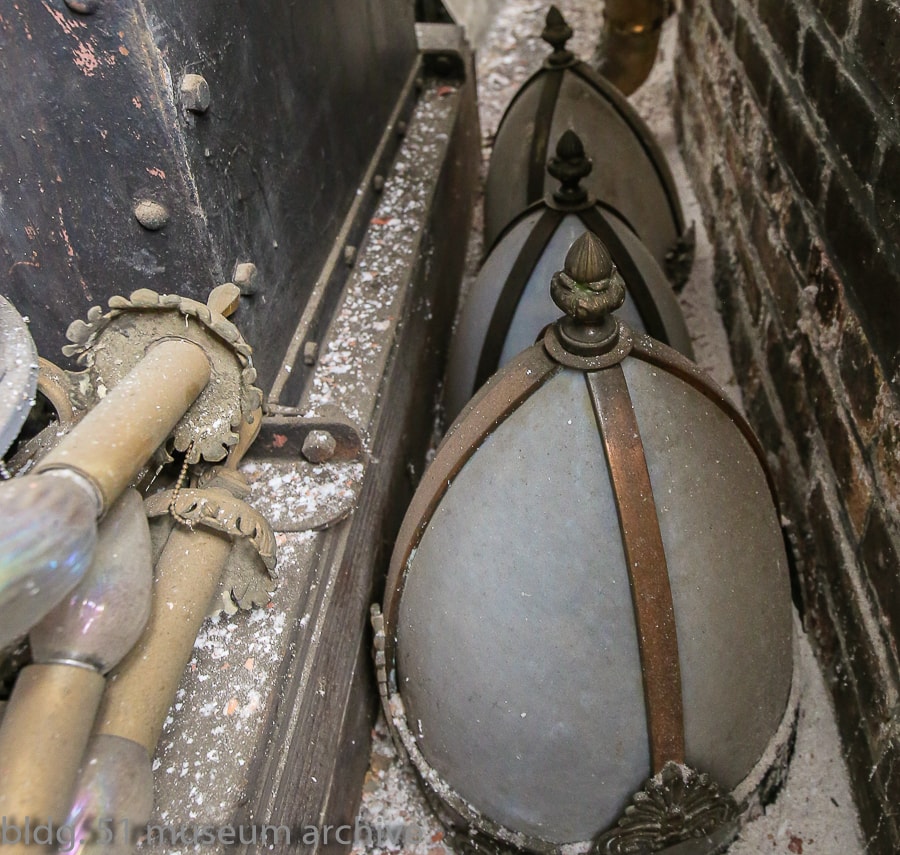 A photograph taken in 1921 documents the very first construction efforts during the stone-laying ceremony for the logan square Masonic temple. the photograph depicts a gathering of Freemasons at Kedzie and Albany surrounding the cornerstone at the site the building was erected. architect Clarence and many members of the organization wearing typical regalia, including white aprons embroidered with the iconic freemason’s ‘compass and square’ symbol (architect’s tools), were present at the stone-laying ceremony. 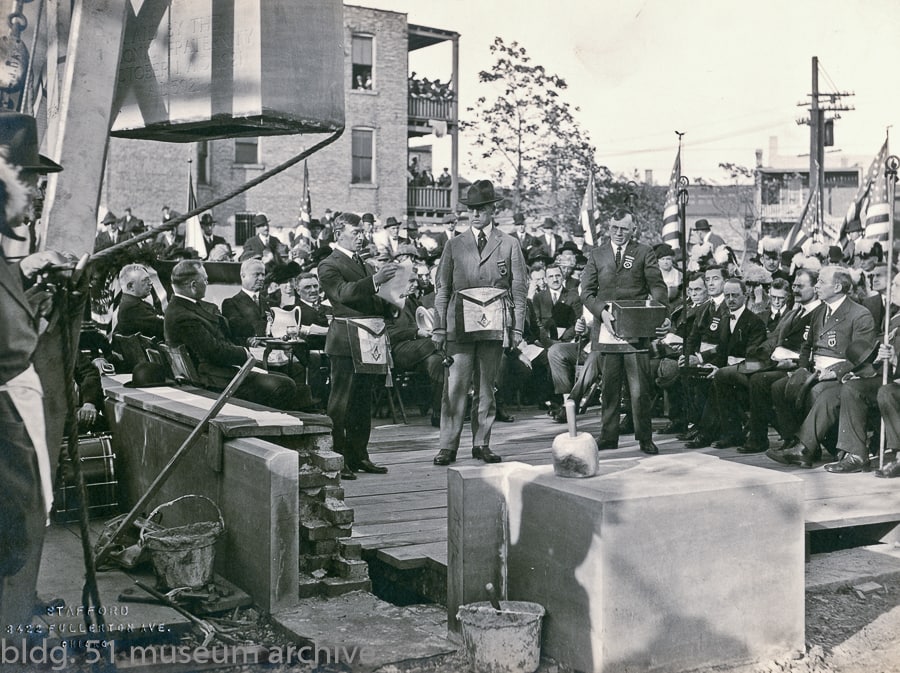 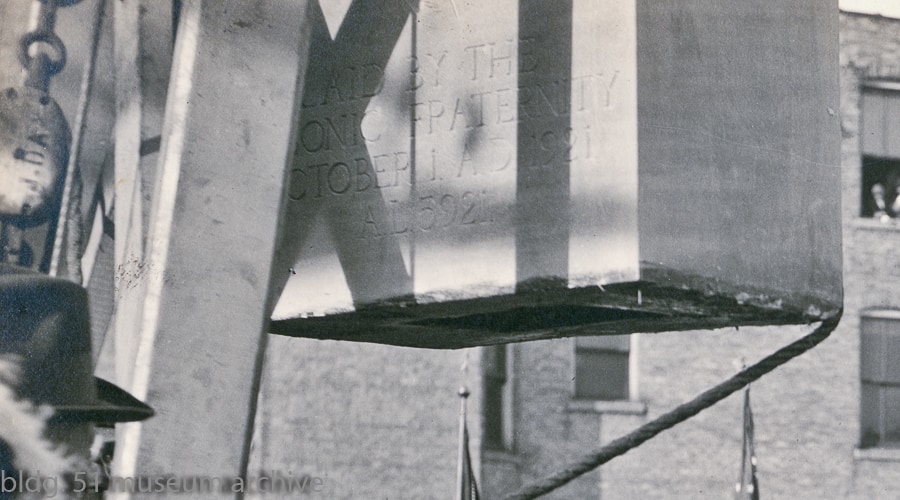 The building that would result in 2451 n. kedzie was a massive four-story steel-framed brick and limestone structure, built at a cost of $300,000 dollars. the mass of red brick is crisscrossed with detailing that gives the building a commanding presence. towering fluted limestone columns with ionic columns augment the entrance and a centrally located stone header below the cornice or roofline announces the “logan square masonic temple.” it would serve as home to chapter no. 238 for nearly forty years before being converted to a church in the 1960’s. the building has been home to Armitage Baptist church since it was purchased in 1982. 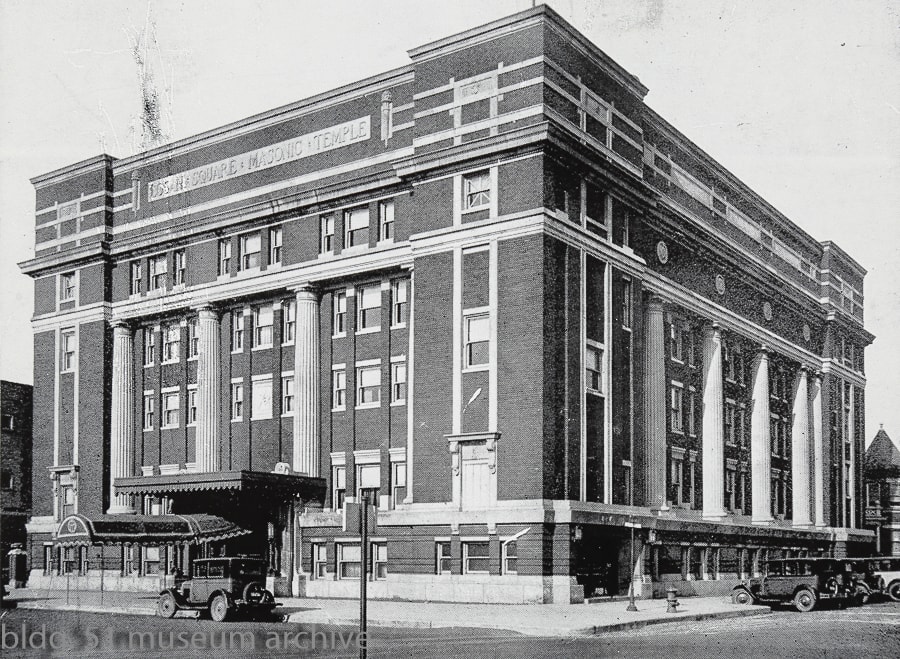 to highlight the landscape of the neighborhood at the time, another masonic temple arose right across the street from the logan square masonic temple in the same year. the extent 3-story “stan mansion” was designed by Moritz f. Straugh, and originally served as home to the knight’s templar chapter of the Freemasons. 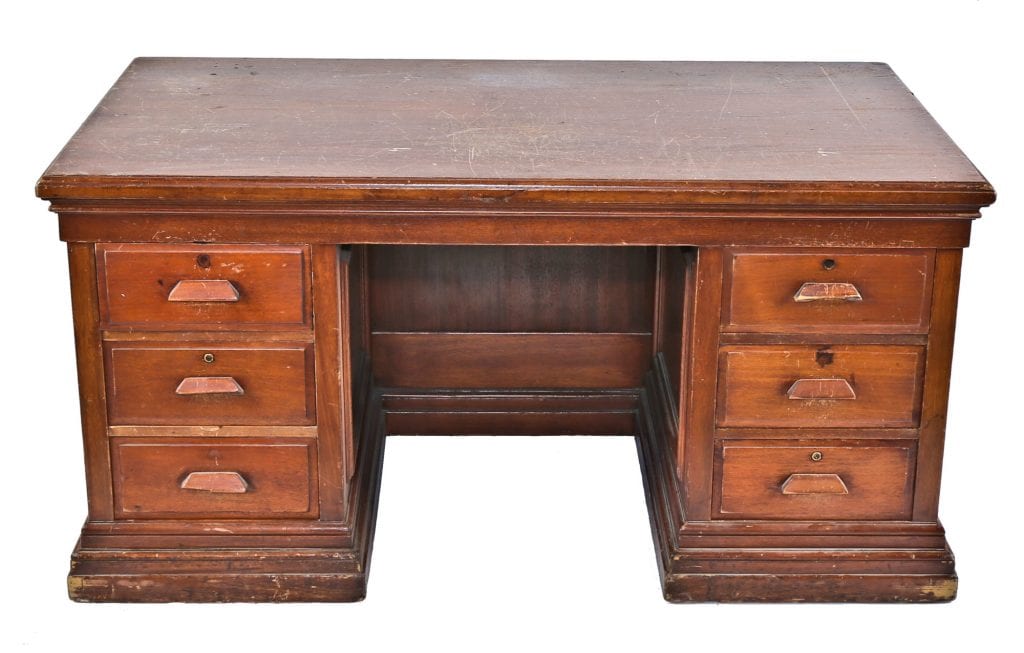 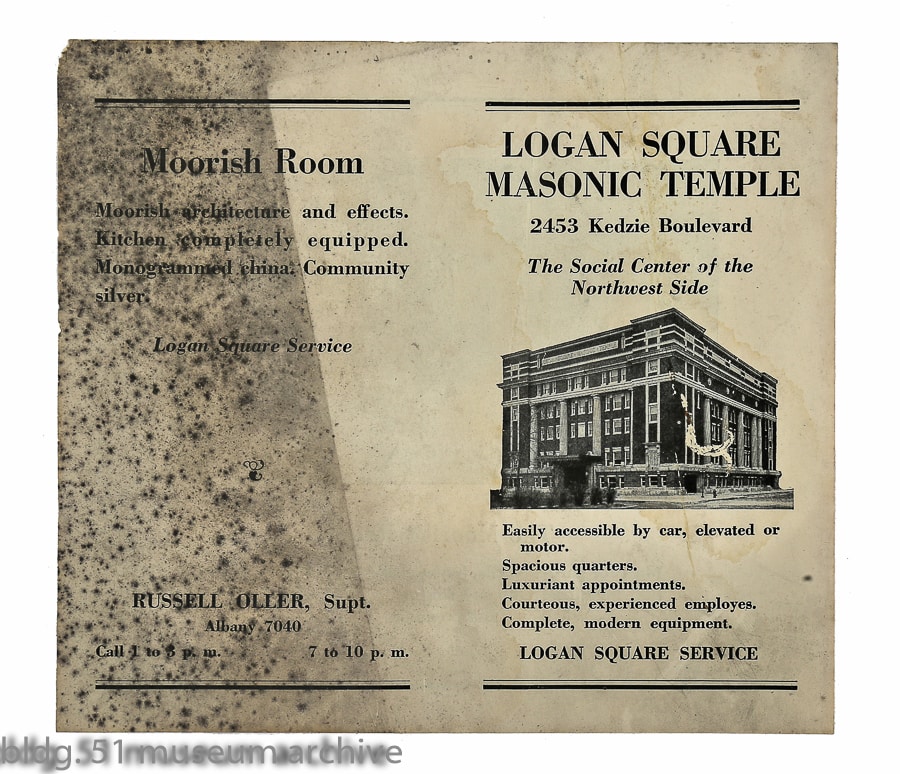 Hatfield was born in 1873 and grew up in Lakeview, where his father owned a drugstore. he attended college and then began training as an architect, working in the offices of Julius Huber, who is best known for his commissions in Edgewater (Huber’s family firm had also helped rebuild after the great fire of 1871). by the turn of the century, Hatfield was made partner in Huber’s firm, and soon became an active member of the Chicago architectural club. his involvement there led to acquaintances with other prairie school designers, including Irving pond, Robert Spencer, and Dwight Perkins (his work was particularly influenced by the latter). 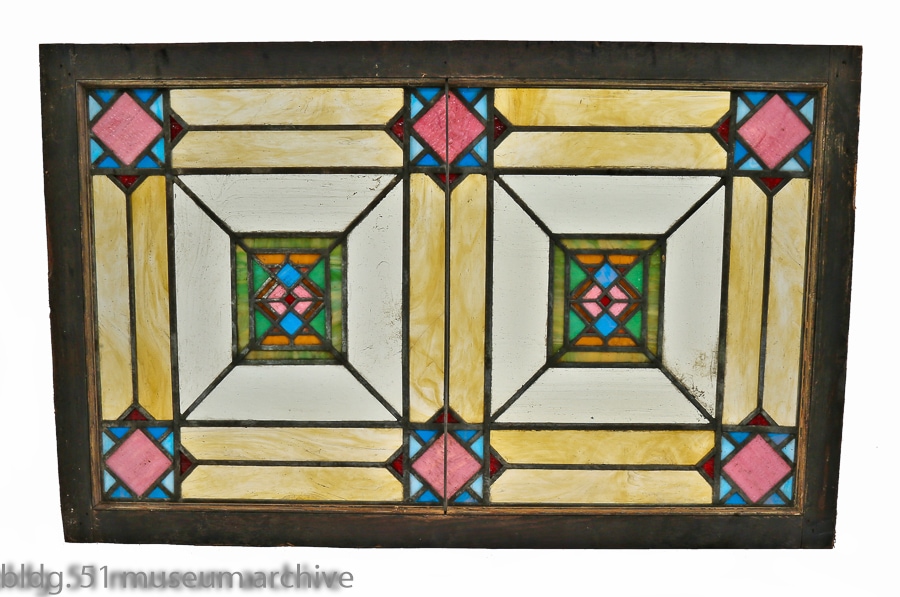 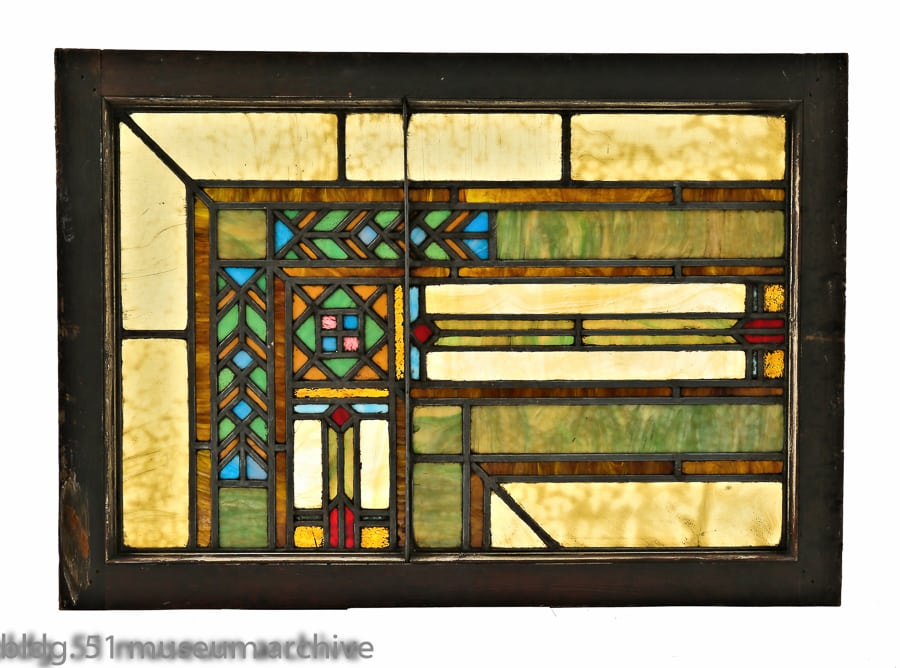 In 1901, Hatfield accepted a position as the draftsman for the Chicago board of education, working under William b. mundie and then Dwight Perkins himself. simultaneously, Hatfield established a private practice operating out of the Tribune building. by 1910, however, he had formed a new partnership with Arthur Howell Knox, a fellow board of education draftsman. their firm would last only five years, but they completed the independence park field house, two masonic temples, easterly theater, and Jefferson park state bank, among other projects. around this time the Hatfield and Knox firm were commissioned (with the help of his brother in law) to design dozens of prairie and craftsman-style bungalows in the villa district just east of Portage park; this counts among his better known landmarked projects. Hatfield continued his practice until the great depression when he was forced to close his architectural office and began work for the Chicago park district as a recreation technician. he accepted a position as recreation technician for the federal works administration in Washington, D.C. shortly before his death in 1943. 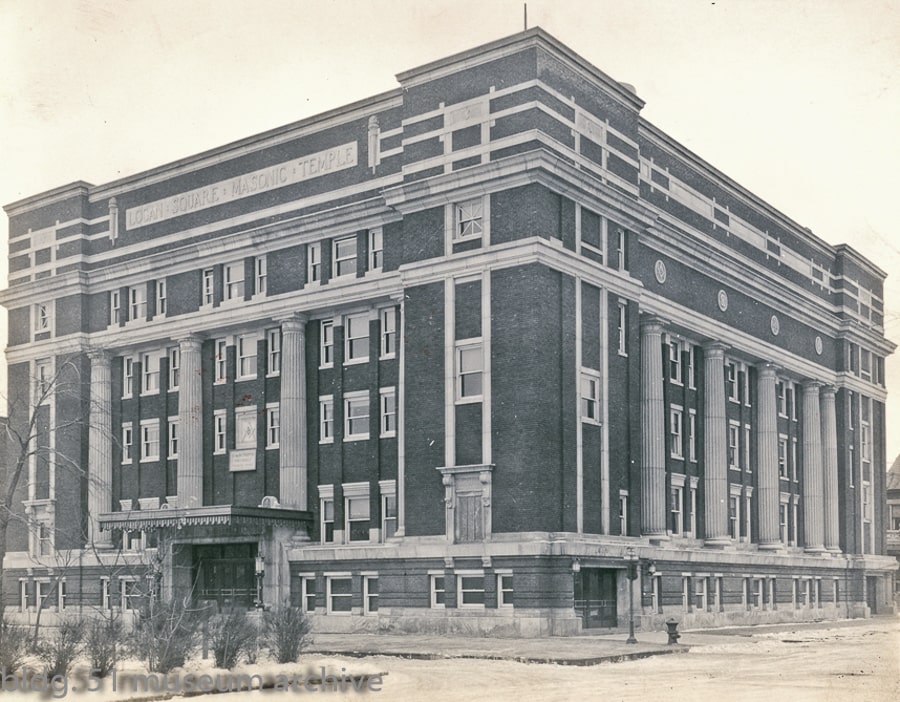 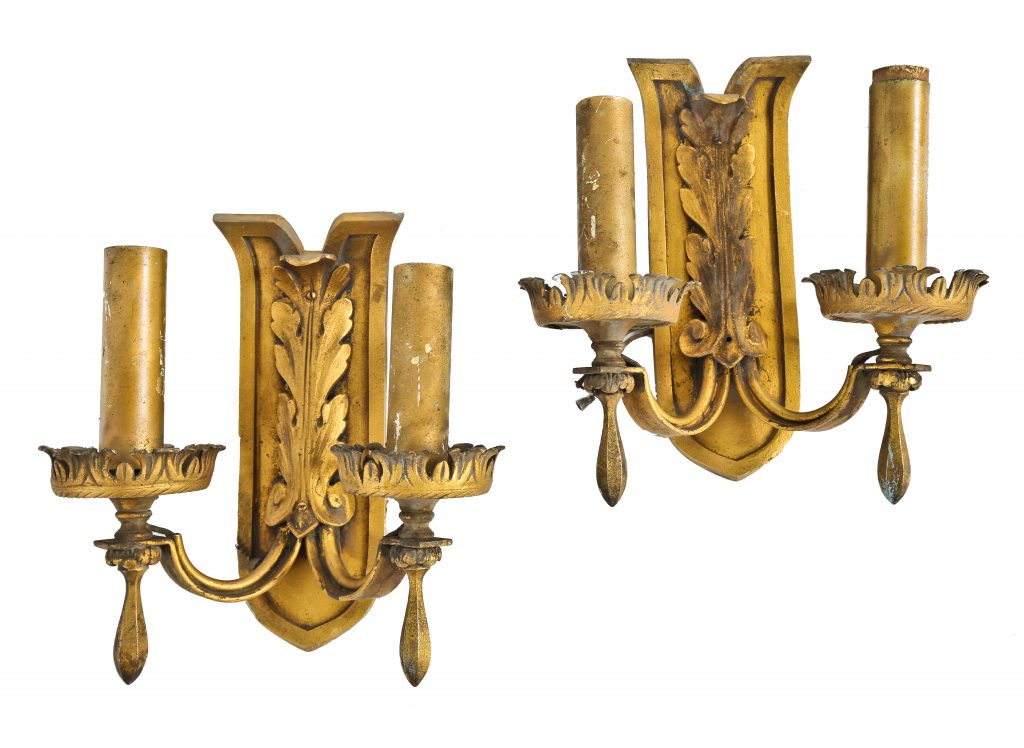 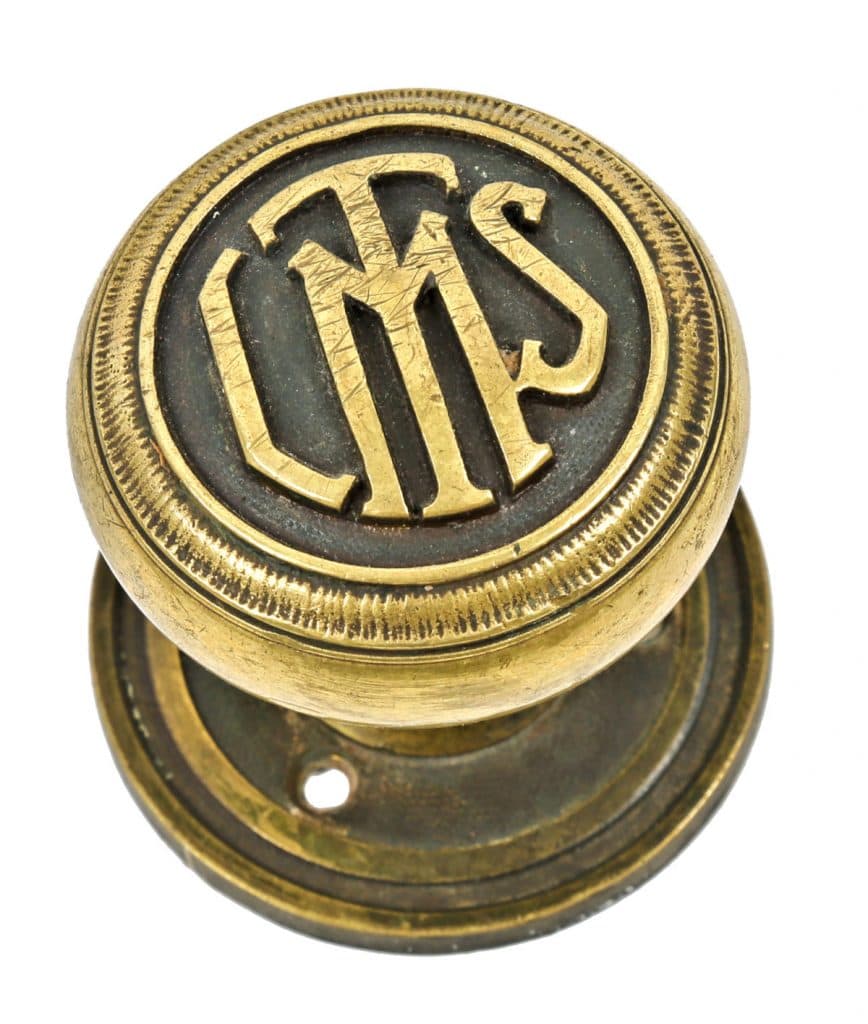 Even as Freemasonry and sub-groups of fraternal organizations have garnered attention for their occult rites, exclusive membership, and arcane symbolism, they have operated much like churches or other social clubs. membership peaked in 1959, and today there are just over a million freemasons in The U.S, with about 60,000 in Illinois. the decline in membership has led to temples being repurposed, or at times falling to neglect. the issue of preserving masonic architecture and remnants of those organizations is not dissimilar to the one facing churches, which are all too often altered, neglected, or demolished. 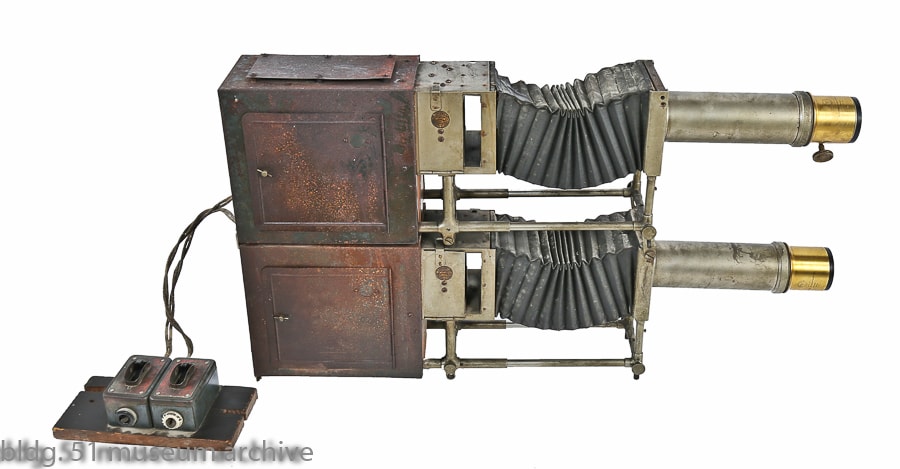 The Masonic elements of the Armitage Baptist church had been removed long ago and relegated to the attic or other corners of the building. an original piece of blue and red mohair carpet with an unusual geometric design was even discovered in a boiler. a good deal of ephemera was also carefully extracted, including Depression-era newspapers, a 1939 Christmas pamphlet, and an old voting ballot for the building commission. 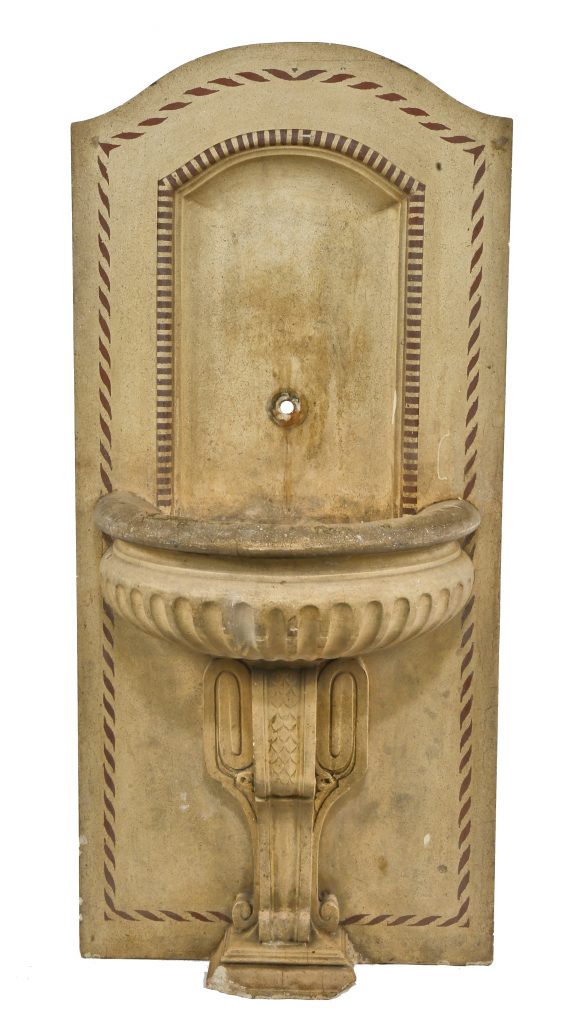 architectural elements recovered include largely intact stained glass windows, Corbin hardware, oversized lighting fixtures, and stonework. in particular two stones are informative, being carved with the freemasons compass and square, and reading “Casimir Pulaski / constituted October 21, 1937, / 1167 a.f. & a.m.”. the stones seemingly bear witness to the lodge merging with another or being renamed “Casimir Pulaski lodge, no. 1167” (after the polish war hero who is purported to have been a master mason in 1779).

the bldg. 51 museum will store and archive examples of these artifacts, along with any and all ephemera in hopes of gleaning more information on their history over time. they will be preserved or relocated with the goal of upholding their historical significance, even outside the context of the original building. 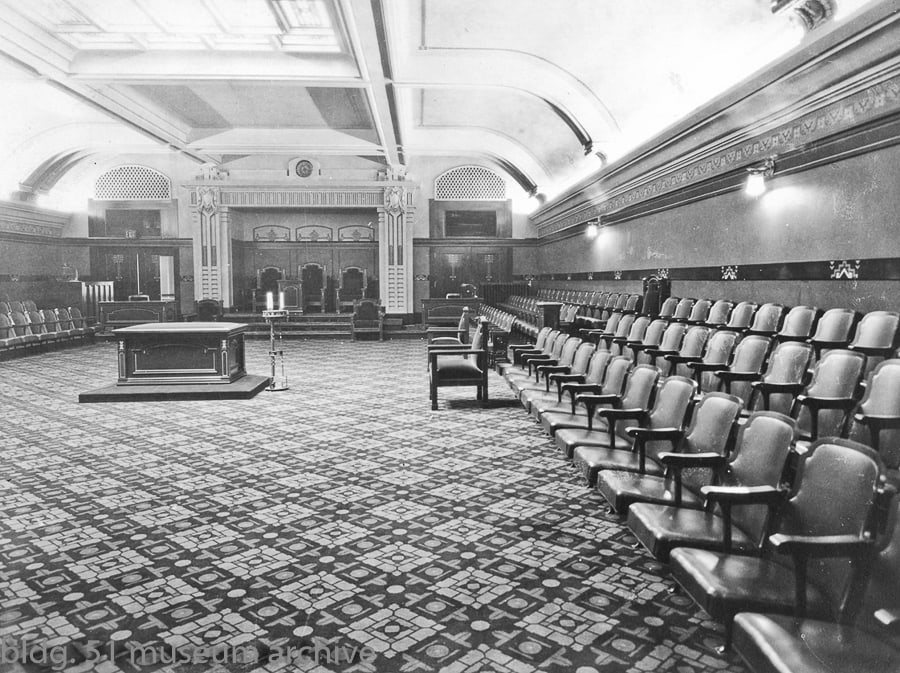 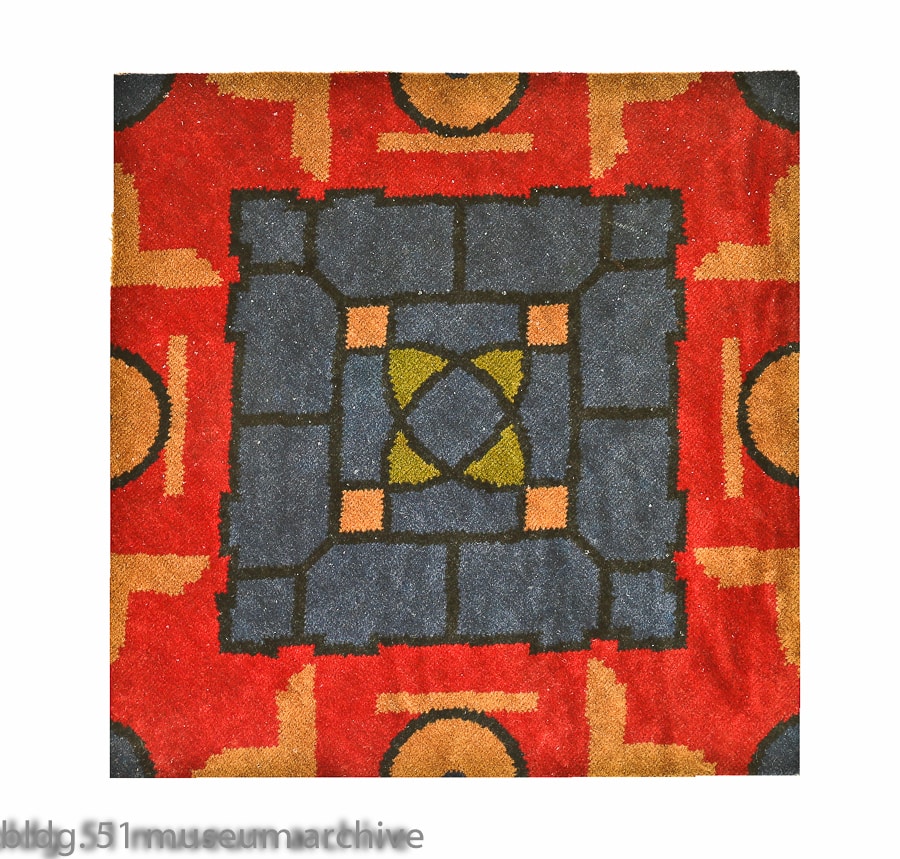 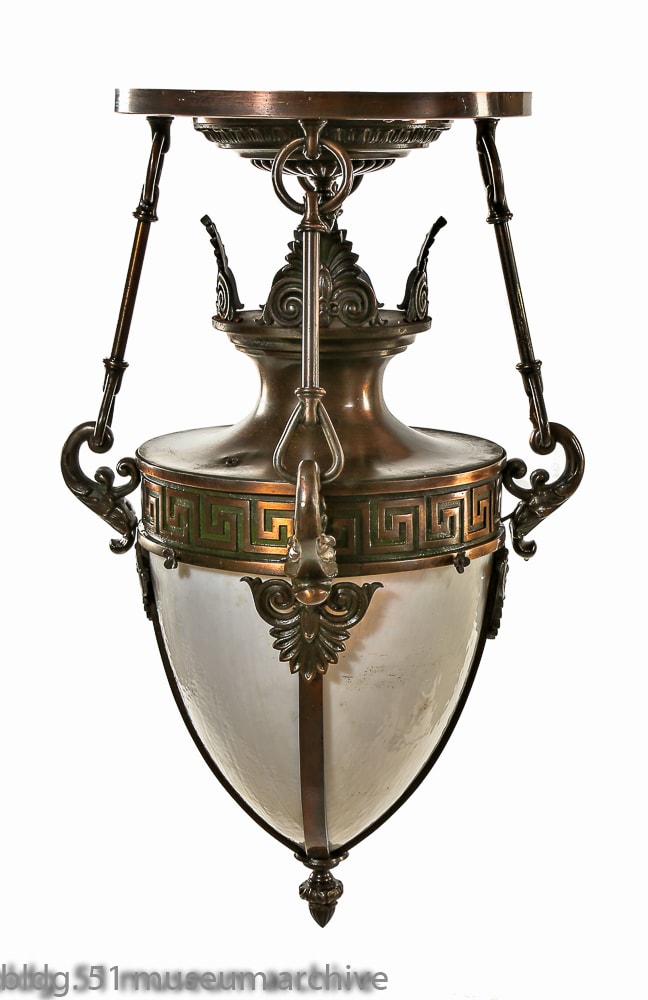 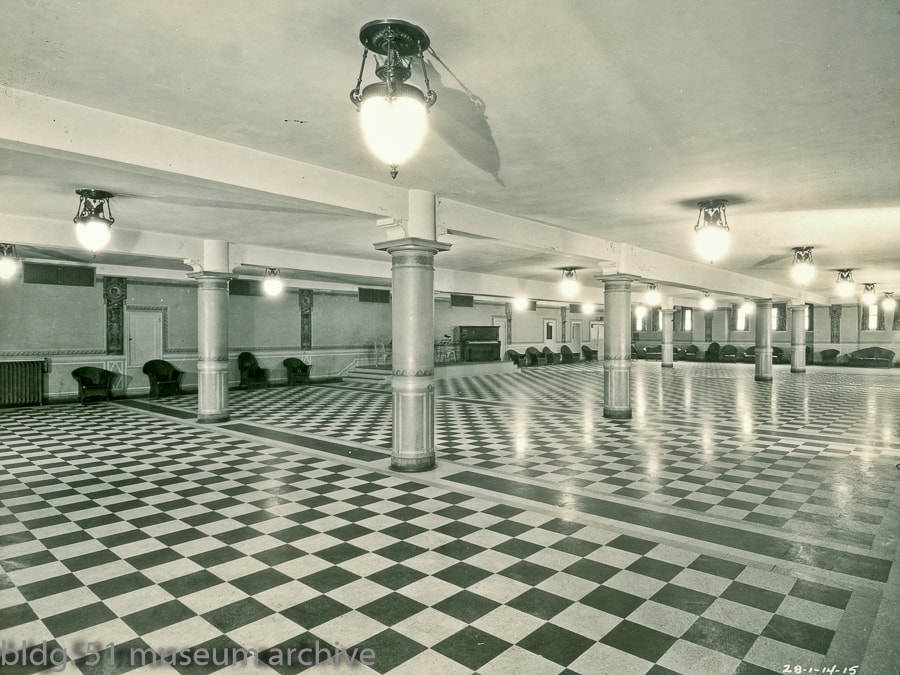 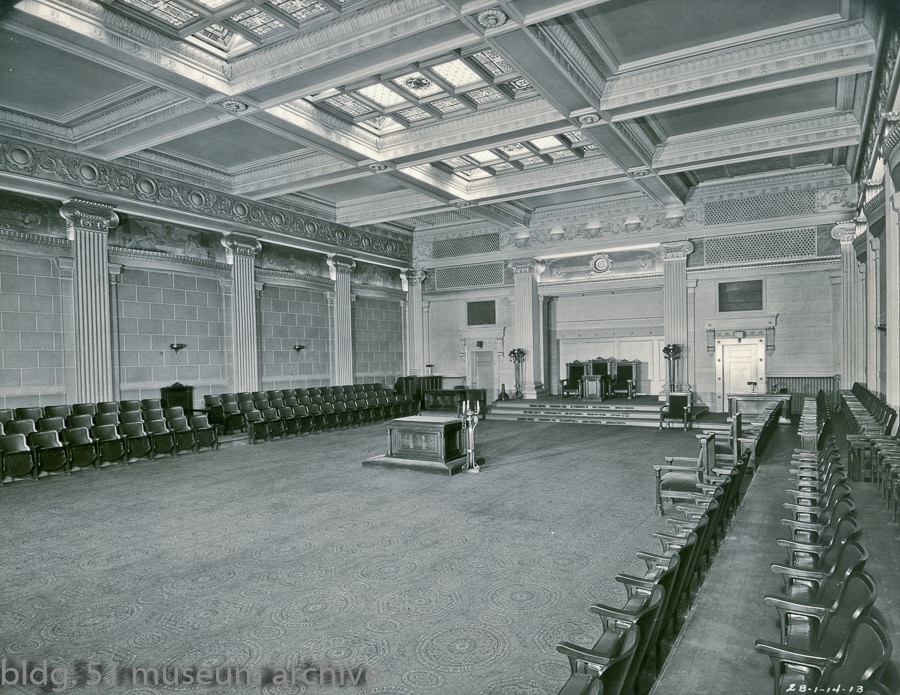 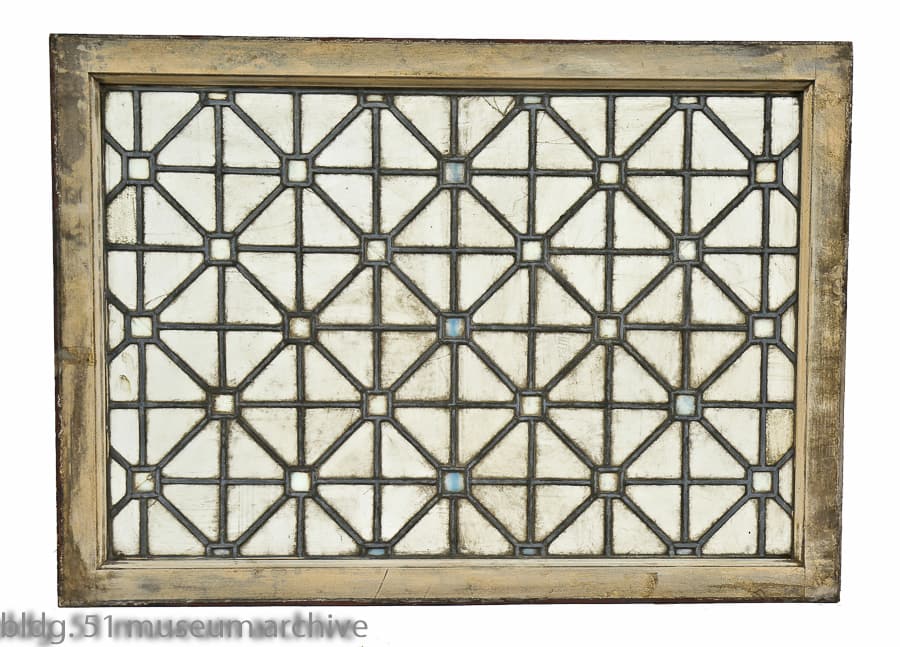 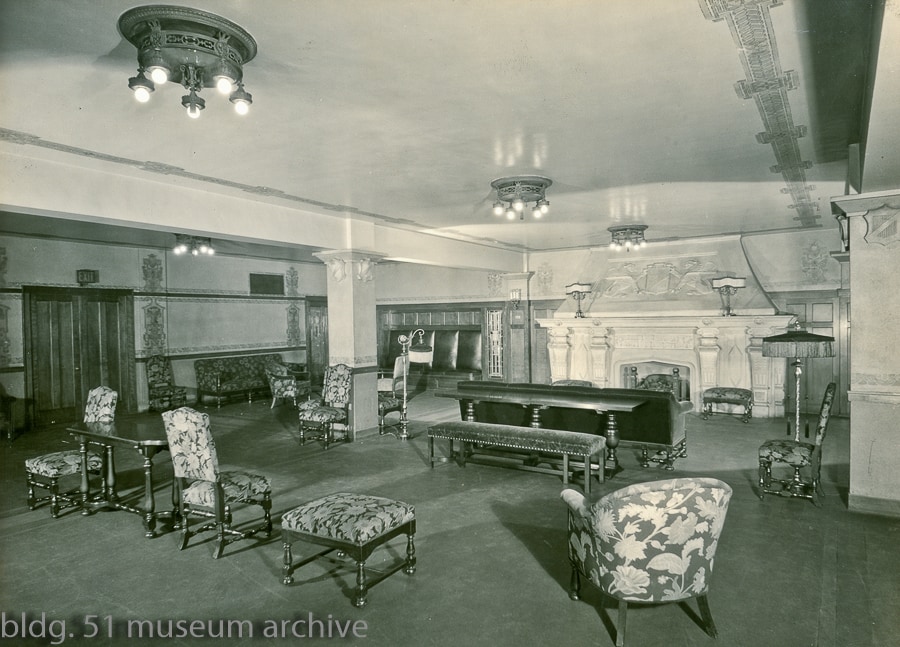 By Eric From Urban Remains