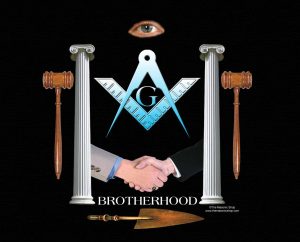 Seven score and 17 years ago, the United States of America was ripped apart and thrust into war with each other. The 85 year-old debate between State independence and centralized Federal control, was coming to a head. The descendants of those who worked and lived side by side in a fight for independence from the British Crown, had turned their guns and aggression onto each other. Families were split, and the friends and Brothers found themselves in opposition on the battlefields. The entire world was watching, not only to see if this experiment in democracy could survive, but as 75% of the worlds cotton originated in the southern states, the topic of slavery and ‘free’ labor had global economic implications.

Roughly two years into the war, 155 years ago this week, the soldiers and civilians of Gettysburg, Pennsylvania, would witness a battle more horrific and bloody than anything imaginable at the time. During a 3 day period, the lives roughly 50,000 people were eliminated, with more deaths following due to complications of the countless injured. To give this some perspective, the entire population of Providence, Rhode Island, in 1860, was about 50,000 people. An entire city’s worth of people, gone. The estimated 2400 civilians who lived in Gettysburg, PA, no longer had to imagine what hell was like, they could see it with their own eyes.

Confederate General Robert E. Lee thought his army was invincible, and on the 3rd of July, 1863, directed his soldiers to charge up the open fields of Gettysburg and attack the defenses of Union General George Meade. These men were supported by several commanding officers, and thousands of soldiers. Two sides, fighting to the death, and yet amidst the fighting, a symbol of true unconditional love, emerged.

Confederate Brigadier General Lewis Armistead, in an unwavering display of courage, charged through the bodies and bullets, and crossed the Union Lines. As he prepared to turn the Union cannons around and fire onto their owners, he was struck down. As Armistead fell, Union Captain Henry Bingham, noticed a familiar sign. Bingham was an aide to Union Major General Winfield Hancock, a man who knew, and was friends with, Armistead, since the 1850s. Again, friends battling friends. But these men were more than friends, they were Brothers. Bingham stepped into the fire, to the aid of General Armistead, his direct opponent. These men were ready to kill each other in battle, but when one fell, the fear and anger immediately turned to love and compassion. Armistead reportedly told Bingham “Tell General Hancock for me that I have done him and you all an injury which I shall regret the longest day I live.”

Yes, the Fourth of July is the day we celebrate the time when the founding fathers of the United States of America, stepped forward and pushed back upon an oppression. A task that seemed insurmountable. These men, many of which were Brothers, sacrificed everything for a better future for their children. But when Brothers disagreed on the future of our Country, they divided, and fought to the death. Throughout the cookouts and fireworks, it would behoove us as Masons to remember the value of Charity displayed by Brother Henry Bingham. We will never all agree on everything, but those differences are what strengthens us. When we feel divided from our Brothers, and from our Lodge, have the fortitude to reach across the battle lines, and spread the cement of Brotherly Love and Affection.

2 thoughts on “A Brother’s Love”