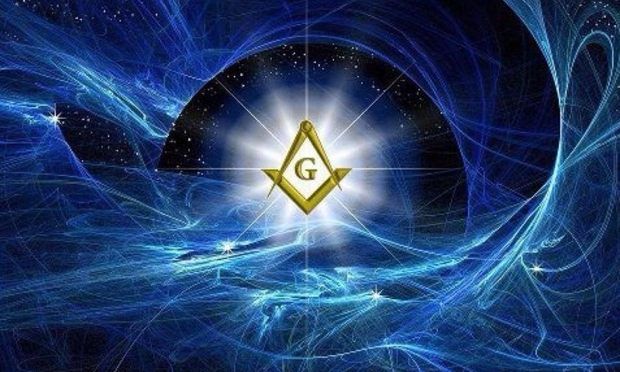 Blue. Blue is a color we love in Freemasonry. We call our lodges “Blue Lodges”, we use it in our symbolism and in the basis of our allegory which ties into the Old Testament, it was also a sacred color then. In a presentation I give, I refer to the color as relating to the sky, representing the idea of limitlessness and even universality. But while these idea are seemingly immemorial, the color Blue is decidedly not. At least in terms of perception. What follows below is a paraphrasing of several articles I linked in the sources below and some of my own brief commentary.

It turns out that the color Blue is a recent “discovery” in terms of our ability to see it. But I guess, I should really say it’s a recent “ability” we’ve been able to utilize. A fellow by the name of William Gladstone (1809-1898) made an interesting observation. In Homer’s Odyssey, Homer never describes the water or the sea as, “Blue”. Instead he uses the term “wine-dark”.

This is very curious indeed! Did humans adapt the ability to see the color blue? Did the eye change? No, not really. It was always there, and we did see it, however our brains did not discern it or distinguish it in any particular way. The evidence wasn’t just brought forth by the 19th century Prime Minister Gladstone.

A short time later a gent who studied the origin of words, Mr. Lazarus Geiger analyzed the languages of Icelandic, Hindu, Chinese, Arabic and Hebrew and confirmed, no mention of the word “Blue” in any of the earliest texts from these languages. The first society to actually mention the color as we know it didn’t happen until the Egyptians, who had a dye to make the color.

Modern science has taken a look at this and arguably the best work on the topic comes from Dr. Jules Davidoff who is a Psychologist from London. He’s figured that essentially, we just didn’t recognize it until recent times. He conducted studies with remote cultures like the Himba Tribes in Namibia, who had many words for the color Green, but not one for “Blue”. In fact, when shown a chart with many green squares and one that was blue, the couldn’t pick out the blue one.

Wild? I’d say so. However he also found that that same tribe could pick out a slightly different green square from the others and his participants here in the USA could not. It’s a matter of perception. Recently MIT conducted a study and found that native Russians have no real word for Blue, but do have a word for “Light Blue” and “Dark Blue” and further, these people can distinguish between shades of colors much faster than we can in the United States.

Reading all this, made me think about the sacred blue in the Hebrew tradition called “Tekhelet”. The recipe for which has been lost to time, but reportedly was made from snails. I reached out to a few scholars on the mater inquiring that if Blue is so new, why do we have evidence of this ancient Blue in the Hebrew tradition? The answer? Simple. It’s still relatively recent in terms of Homer and that ancient world. It came after the ability to recognize it which is what added to it’s mystique.

RWB, Robert Johnson is the Managing Editor of the Midnight Freemasons blog. He is a Freemason out of the 1st N.E. District of Illinois. He currently serves as the Secretary of Waukegan Lodge No. 78 where he is a Past Master. He is also a Past District Deputy for the 1st N.E. District of Illinois. Brother Johnson currently produces and hosts weekly Podcasts (internet radio programs) Whence Came You? & Masonic Radio Theatre which focus on topics relating to Freemasonry. He is also a co-host of The Masonic Roundtable, a Masonic talk show. He is a husband and father of four, works full time in the executive medical industry and is also an avid home brewer. He is currently working on a book of Masonic essays and one on Occult Anatomy to be released soon.