In modern culture, sports teams jerseys are designed within a specific color scheme, and their fans wear the colors to show their support and affiliation with the team. This tribalistic association by color is also seen in many other instances, where people showcase their support for an organization by wearing the colors associated with that particular entity.

In this article, we take a look at some of the colors within Freemasonry and understand why they’re significant, and how brothers across the world understand them.

The Blue Lodge of Freemasonry

If we’re exploring the colors prevalent within Freemasonry, there’s no better place to begin than by understanding the color blue’s important significance. We often hear of the ‘Blue Lodge,’ but few of us truly understand why this is the case.

For Masons, the original use of the color blue is said to be a reference to blue as ‘the canopy of heaven,’ and more broadly speaking this teaches the universality of Freemasonry, and is a reminder of the critical role that the Supreme Being plays in the lives of brothers across the world.

With that being said, it is not the only reason why we refer to Freemasonry as the ‘Blue Lodge,’ and its development as a phrase has a fascinating history.

Blue is the color of the Ancient Craft Degrees, and it teaches the symbol of universal friendship and benevolence. Because blue represents heaven, each brother Mason should be equally considerate in his Masonic virtues of friendship and brotherly love.

What’s more, throughout ancient history, the color blue has been utilized by cultures and civilizations in various ways, each of which has contributed to the Masonic understanding of the color blue. For example:

One commonality between all of these ancient representations of blue is that in some way, the color represents the existence of something bigger than life itself. It is a nod to the presence of a Supreme Being or the heavens above the earth, and it is from this understanding, Freemasonry has adopted blue as a color of symbolic importance.

The symbolism of the color blue within Freemasonry.

As we have learned, the color blue is historically associated with something bigger than life itself. Within Freemasonry, the most prevalent use of the color is in the title – ‘The Blue Lodge of Masonry.‘ But where else does blue play an essential role within the fraternity today?

Blue is extensively used within the Scottish Rite degrees, with various symbolic significations. While there are slight variations, they all more or less relate to its original character as representing universal friendship and benevolence.

Essentially, wherever blue is seen within Masonry, we can associate it with this overarching role of the fraternity. This is perhaps one of the fundamental reasons why the lodge adopted ‘blue’ into its title, as it is a symbol of the place where brothers meet to practice benevolence and develop healthy relationships.

Within the Grand Master degree of all Masonic lodges, blue is used alongside yellow to refer to the appearance of Jehovah to Moses on Mount Sinai in the clouds of azure and gold.

Furthermore, the color blue within Freemasonry can be seen within the nineteenth degree of Grand Pontiff. Blue plays a vital role within this degree, as it represents mildness, fidelity, and gentleness.

We also see blue play an important role in the twenty-fourth degree of Freemasonry, as it appears on the tunic and apron of a Prince of the Tabernacle, whose teachings refer to our removal from this house of clay to the ‘house not made with hands, eternal in the heavens.’ This use directly references the original understanding of the color blue as a symbol of the heavens.

While blue is undoubtedly the most prominent color within Freemasonry and arguably the color with the most symbolic significance, let’s look at some other colors that play a crucial role within Masonic symbolism and understand what they are used to represent.

Within the craft, white is exemplified in images such as the lily or the fallen snow. We can also trace the significance of white within Masonry back to Plato, who asserted that white is the true color of the Gods, making sense for the Masonic interpretation of the color.

For example, in the New Testament, James, John, and Peter observed Jesus transfigured in dazzling white clothing; whiter than anyone in the world could bleach them. Jesus’ representation in white fits with the symbolism of white as the color of resurrection and spirit, as ghosts and angels are often portrayed as such.

For Masons, the idea of resurrection is essential, as it is a reminder that joining the craft is a process of enlightenment and a way of righting any wrongs of the past.

What’s more, one of the most significant pieces of Masonic regalia is the white apron, crafted from lambskin. To brothers, the white of the apron is a representation of innocence and hope and is a vital part of the Masonic uniform.

Throughout history, red is the color that has been associated with fire, heat, and destruction. As such, it has commonly been utilized as a symbol of war and the military. As red is the universal color of blood, it represents the idea of sacrifice and injury.

A case could also be made that throughout Biblical history, the color red represents Satan’s fall from grace and indicates the fires that burn within hell. This is perhaps where much of the modern-day symbolism of evil originates from.

In Masonry, red is actually the emblem of faith, fortitude, fervency, and zeal. One of the most common instances of the color can be seen in the Red Cross of Constantine, which is also known as the Masonic and Military Order of the Red Cross.

Generally, red is an important color of contrast and is used to show the demarcation of something or perhaps the soiling of a symbol of purity.

The color green is directly associated with the Biblical ideas of resurrection and immortality. The acacia, which is an important symbol of the craft and often referred to as the Masonic evergreen, has been used throughout time as a symbol of life and rebirth.

Native to Palestine and other parts of the middle east, the acacia tree is now widely found throughout stunning national parks and across sprawling savannahs. The tree can grow to extraordinary heights and is made of a very firm wood.

To Hebrews, acacia is a sacred wood known as “Shittah,” and it is noted in the Bible that the ark of the covenant was crafted from it. Hebrews mark their graces with a sprig of acacia to depict immortality, and this practice has been used for thousands of years.

Aligning with the Masonic belief in the afterlife, the acacia tree represents the immortal souls of Freemasons. It signifies that a brother is judged during his worldly activities and must live a moral life that is rewarded favorably by an eternity in heaven once he passes.

Whenever seen within Freemasonry, the color green is always regarded as the symbol of gladness and abundance and plays a vital role in the fraternity’s teachings.

Despite not being commonly seen in lodges throughout the world, yellow is said to be a symbol of infinite wisdom and knowledge. Yellow is the symbolic color of the sun, and the sun’s rays enlighten the day and bring knowledge and power to the world.

Yellow becomes important in the Fellow Craft degree, as the brother becomes enlightened educationally. Within the second degree, the Mason is instructed in the Science of Art and begins to understand some of the innermost secrets of the craft.

The color yellow actually represents the best and worst within man. Yellow is both the color of honey and brass and sulfur and cowardice. We understand yellow to be related to gold and all of the wisdom and good fortune it carries.

What’s more, yellow is the color of the patch imposed on the Jews and referred to the badge of Infamy. In this respect, it opens our eyes to one of the darkest chapters in modern history and really signifies the color yellow’s opposing viewpoints.

Within Masonry, we know of the Order of the Golden Fleece, which is an order of chivalry. In Masonic ritual, the fleece is compared to a Mason’s badge – the white leather aprons – highlighting the significance of the fleece within the craft.

Gold, yellow, and silver have all been widely used within Freemasonry, and their existence is not uniformly attributable to how the colors are usually understood. With this in mind, each instance needs to be taken into consideration to avoid confusion.

The color black as a symbol can be found in civilizations since time immemorial. There are too many examples to discuss here, but generally, it is regarded as a symbol of death and darkness. While this is our understanding today, black wasn’t introduced as a symbol of mourning until sometime after the fourteenth century.

We wear black to show respect if a loved one has died, or to signify a period of mourning or grief. Within Masonry, black or dark suits are often worn by brothers to lodge functions, but this has nothing to do with mourning, it is merely a matter of formality.

Conclusion: the various colors of Freemasonry

As we have learned throughout this post, colors are used within Freemasonry to represent and symbolize various trains of thought and emotions. As brothers, it’s important we understand the symbolic significance of colors within the craft, so we can ascertain when a particular meaning is given to something.

While there is an array of colors that contribute meaning to the craft, blue is undoubtedly the most significant color when it comes to Masonry, as it has been incorporated into the title of the lodges in which many within the fraternity meet.

As we have explored, blue signifies a deity or the existence of the heavens, and more specifically to Masons, it is a signal of the importance of brotherly love and universal benevolence. 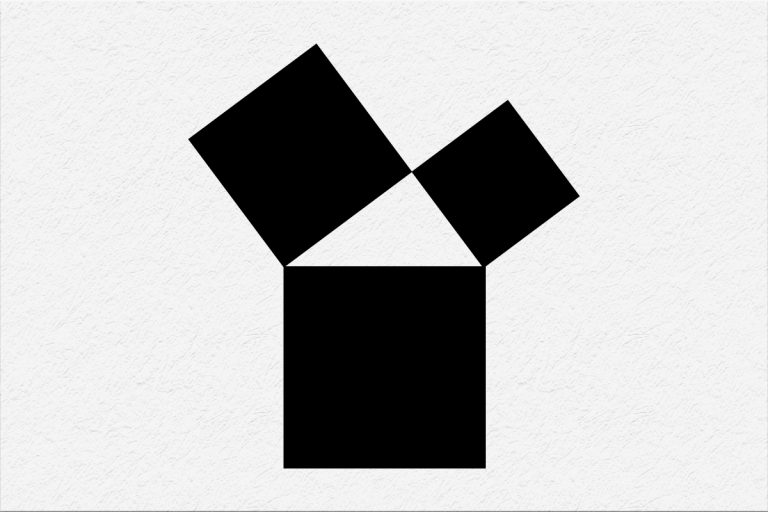 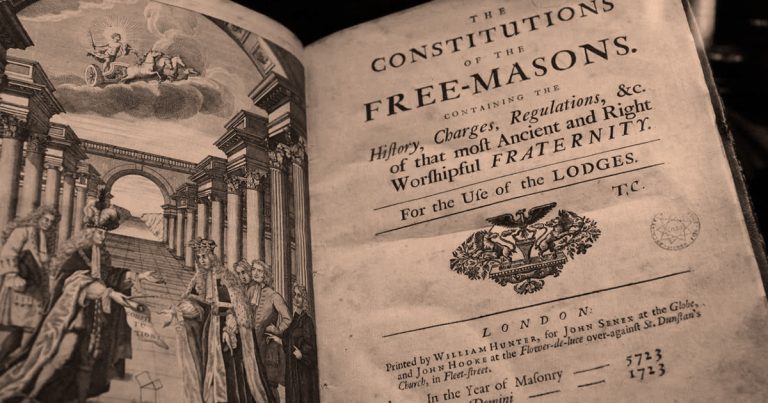 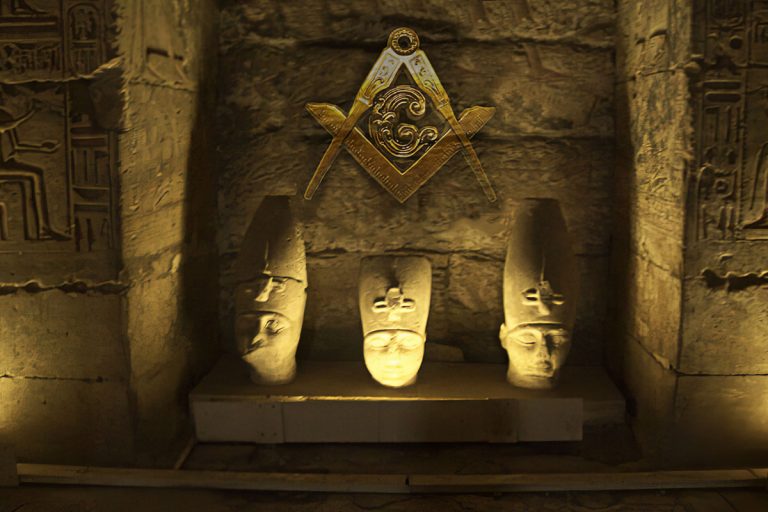 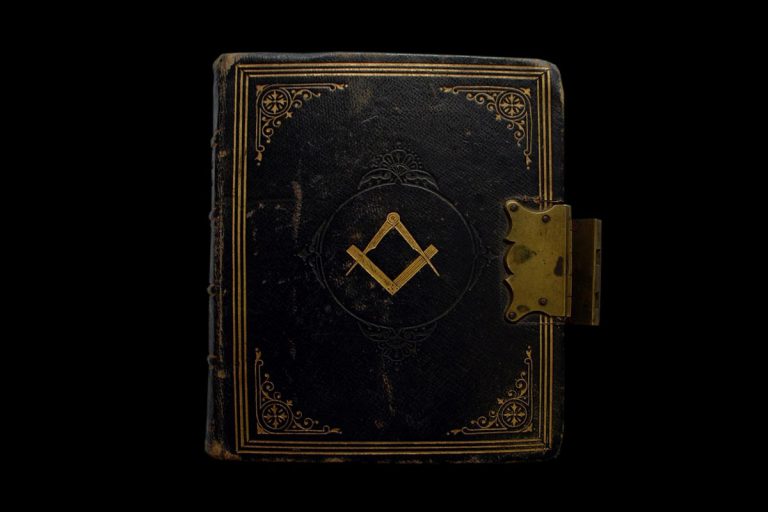 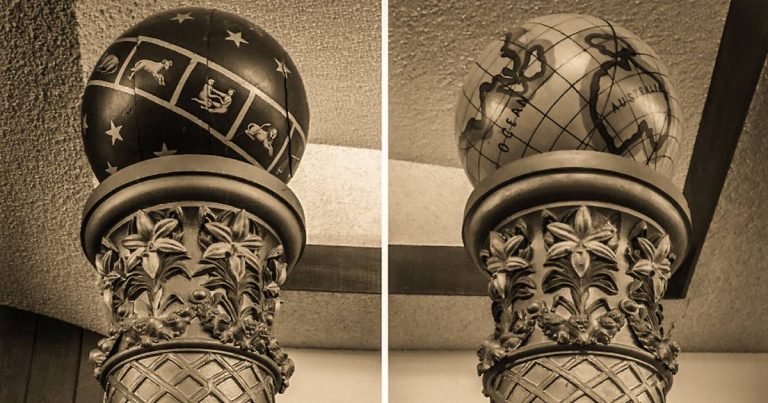 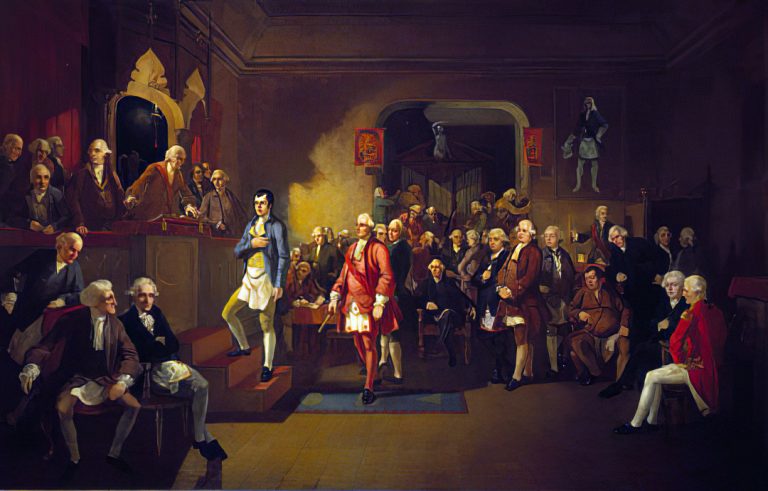