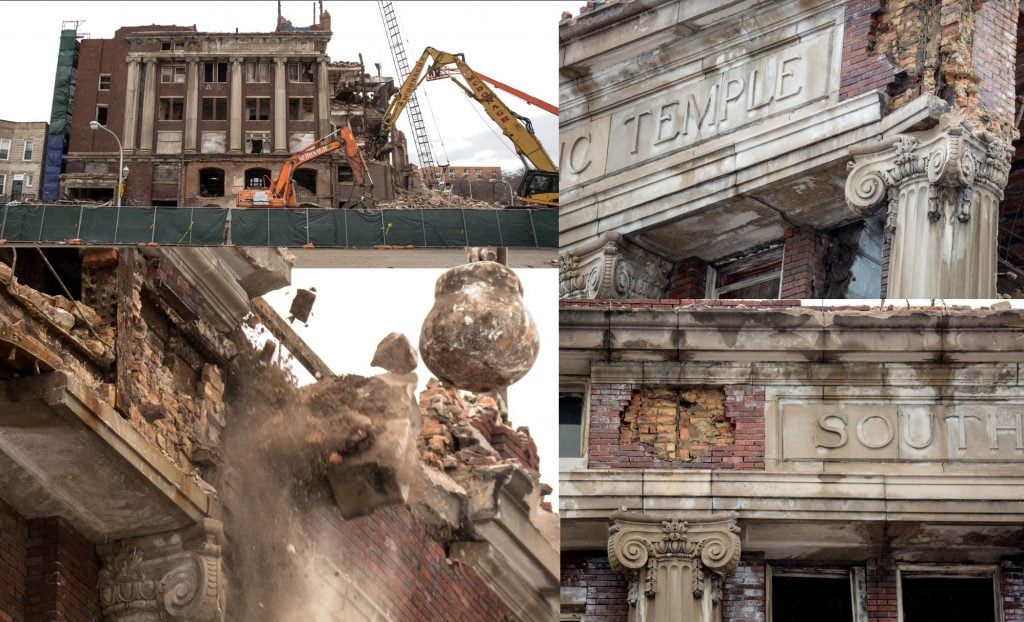 Ongoing destruction of the south side masonic temple (1921) has greatly disfigured the building. it’s mesmerizing to watch the wrecking ball repeatedly being dropped on the Indiana limestone along the north facade, while at the same, bearing witness to the high reach twisting and turning of the building’s steel skeleton. 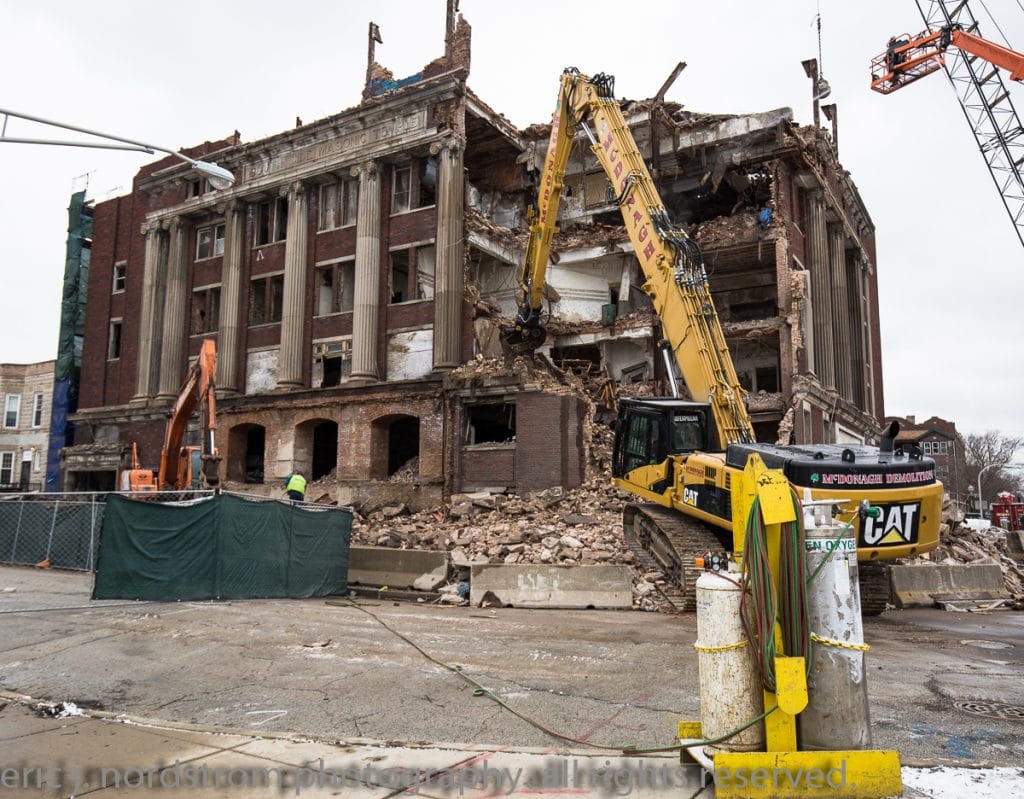 With the exception of the wrecking crew, not a single person was there to witness the destructive forces of the machinery. I often find myself in this position at most wrecking sites… shoot now, think later. 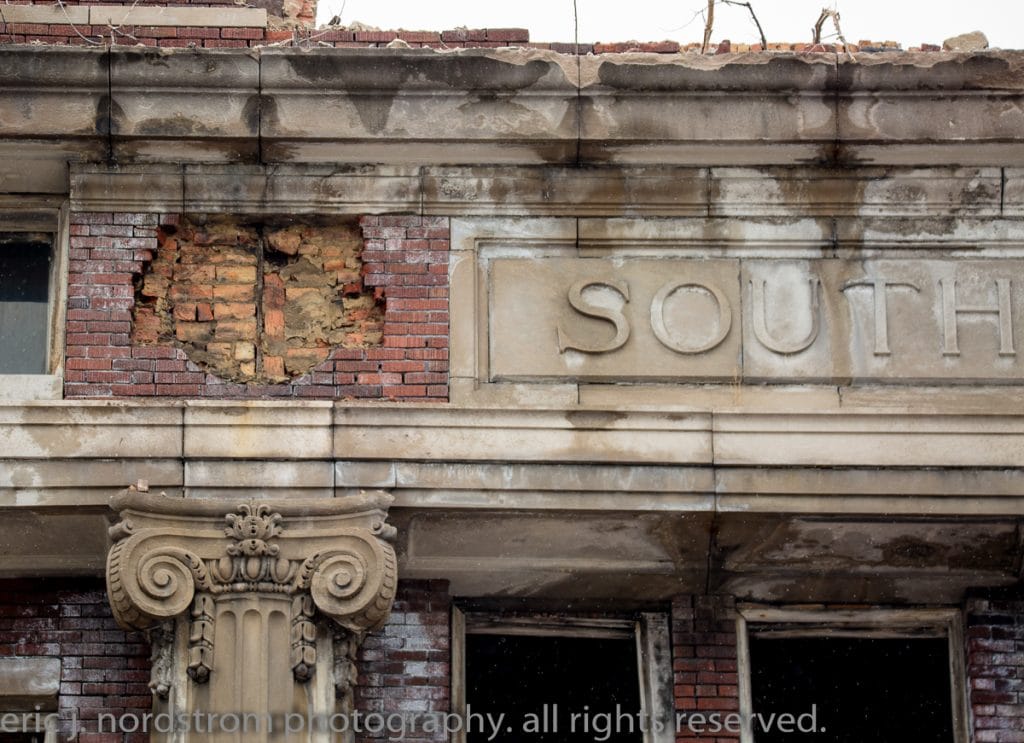 I haven’t spoken to anyone in a few days, so I cannot say with certainty whether any of the limestone ornament has been saved. judging from the images I took this afternoon, it looks like the limestone ornament was carefully extracted… sadly, the fluted columns and capitals have been reduced to rubble. the ones still standing will no doubt suffer the same fate. 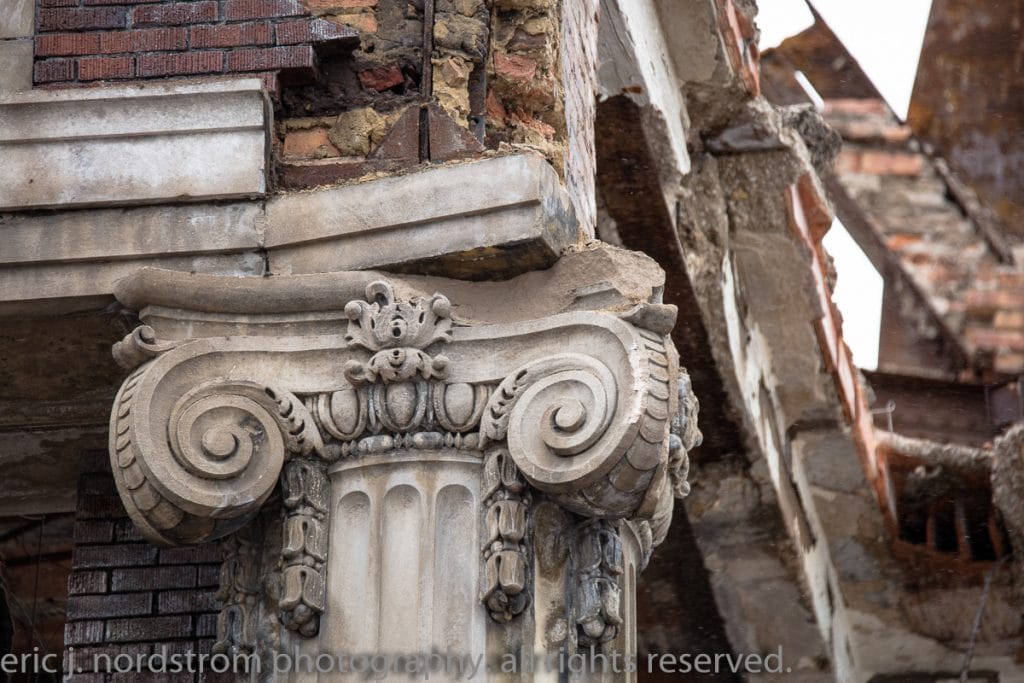 as alluded to in part 3, the great Chicago fire changed both common and professional opinion on the merits of the local Illinois limestone. In the weeks after the fire, there was intense scrutiny as to which building materials had burned the fastest, which had faired the best, and perhaps most importantly, which should be used to rebuild the city in the best fire-proof way. 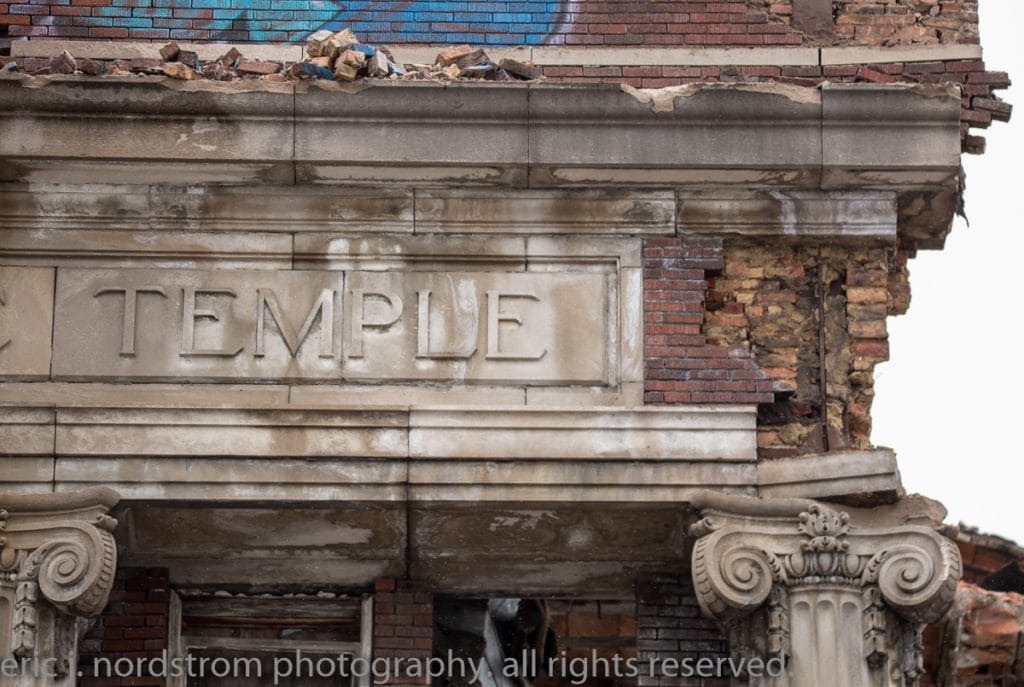 In November of 1871, the annual convention of the American Institute of architects was held in Boston and the effects of the great fire on building materials was a central topic of discussion. architect p.b. wight of new york, who had been in Chicago three weeks after the fire, noted that the Athens marble was “the worst to stand the test of heat. it was, in very many instances, entirely calcined, so that there was scarcely anything remaining of some buildings which were built of brick with stone fronts”. 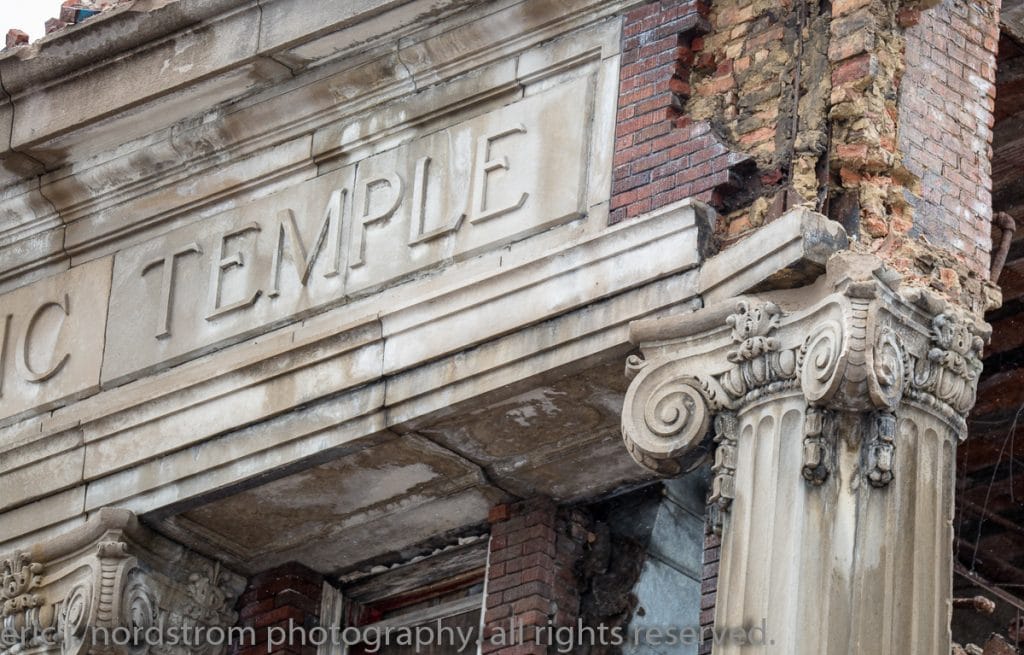 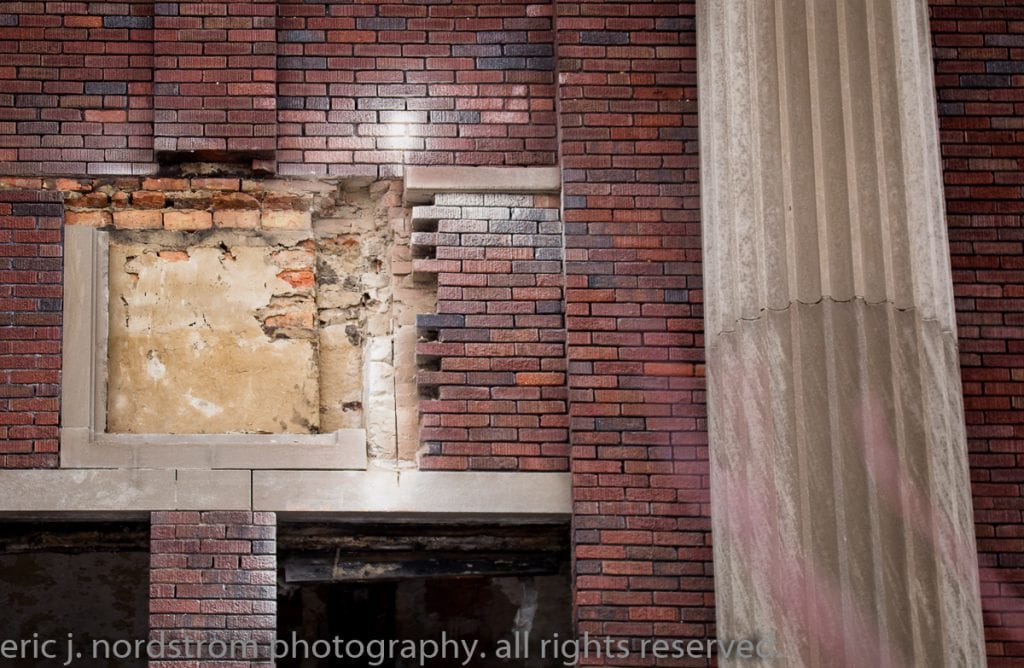 later on in the report, he refers to witnesses who had informed in that the little granite in the city had often exploded and that it was a “common thing for the Illinois stone to explode where the heat came suddenly upon it and was very intense. it seemed to calcine with great rapidity, and I suppose the effect was very much like that seen in the manufacture of popcorn.” 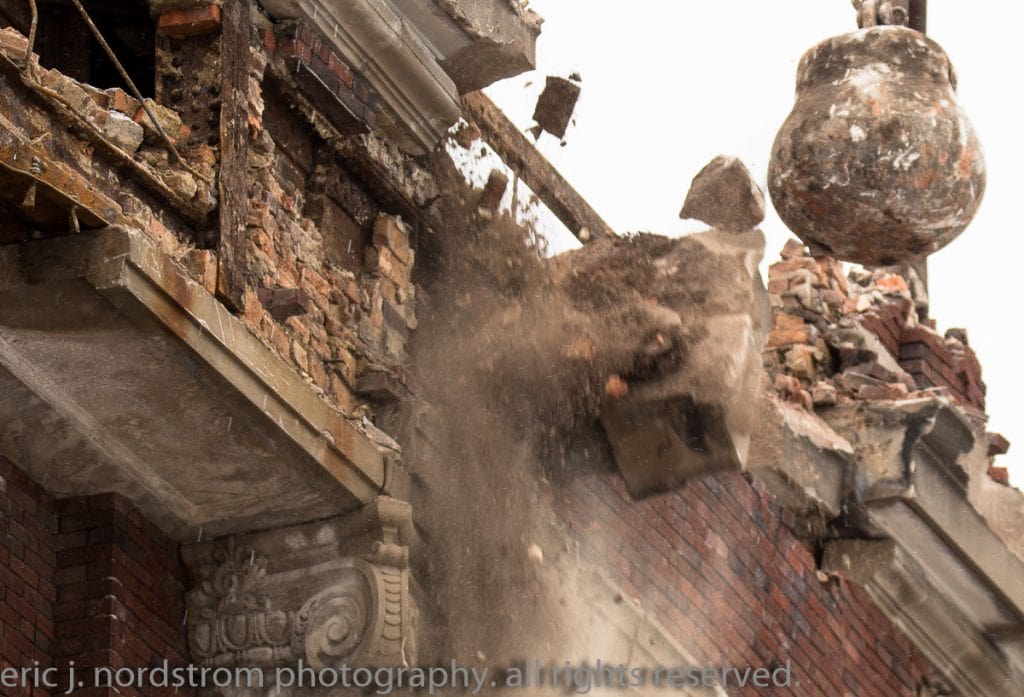 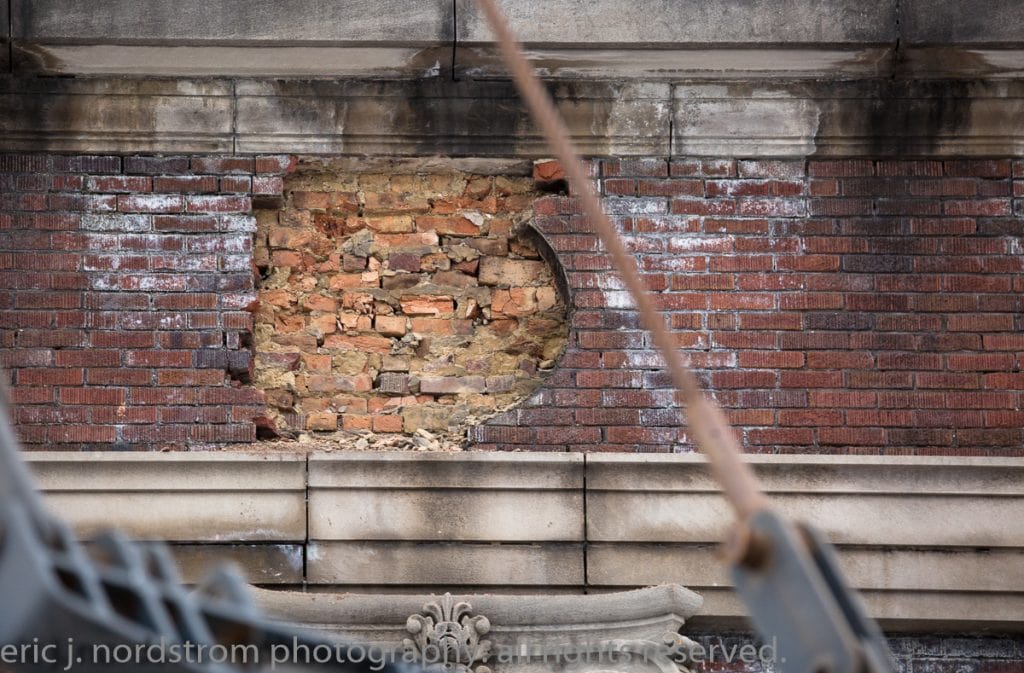 other accounts from the paper were equally unflattering: “the experience of this fire has been rather unfavorable to the softer limestone from Lemont, and has shown that, after all, a thick wall of good brick will stand as well, and resist the action of the flames as well as any stone that is used here, excepting granite. the effect of the fire upon the Athens marble has been remarkable. in some places the stone has disappeared altogether.” 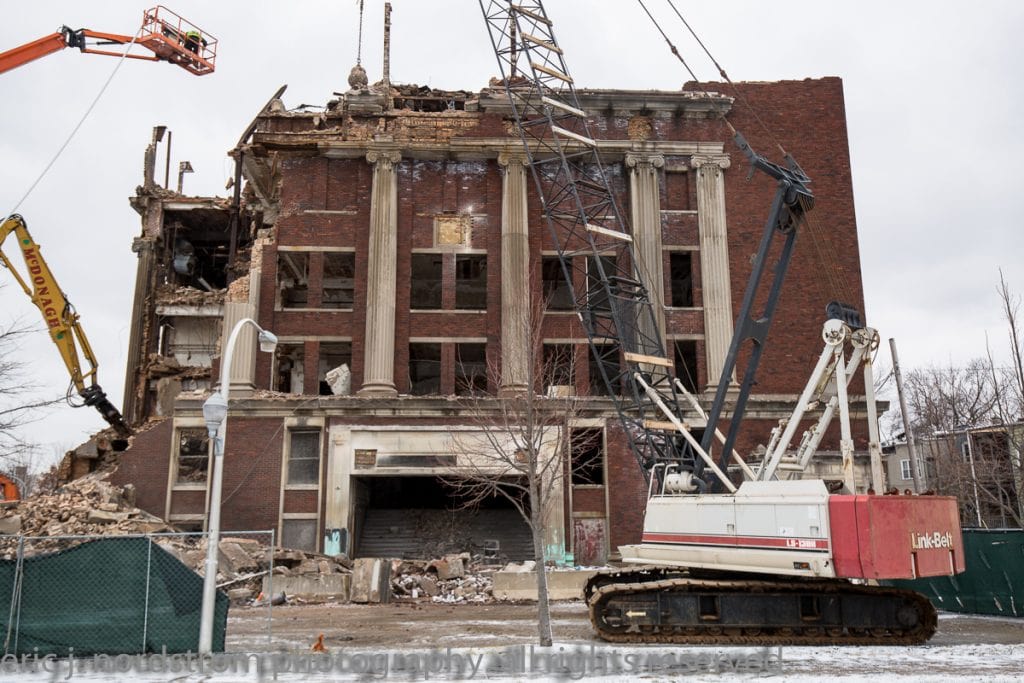 other reports refer to an “oil-bearing” petroleum stone from the area which was also a limestone, however as buildings constructed with it were said to be built from “prairie boulders” the exact origin of the stone are unknown. newspapers reported the “petroleum stone” buildings were entirely consumed and accused the stone of accelerating the fire in its path of destruction. 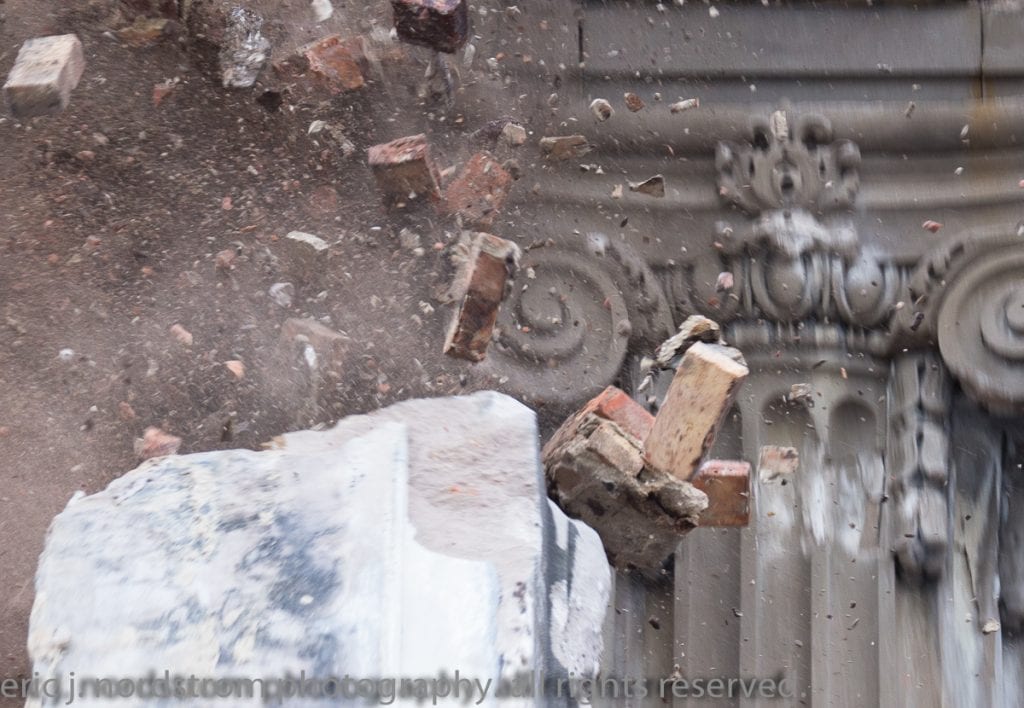 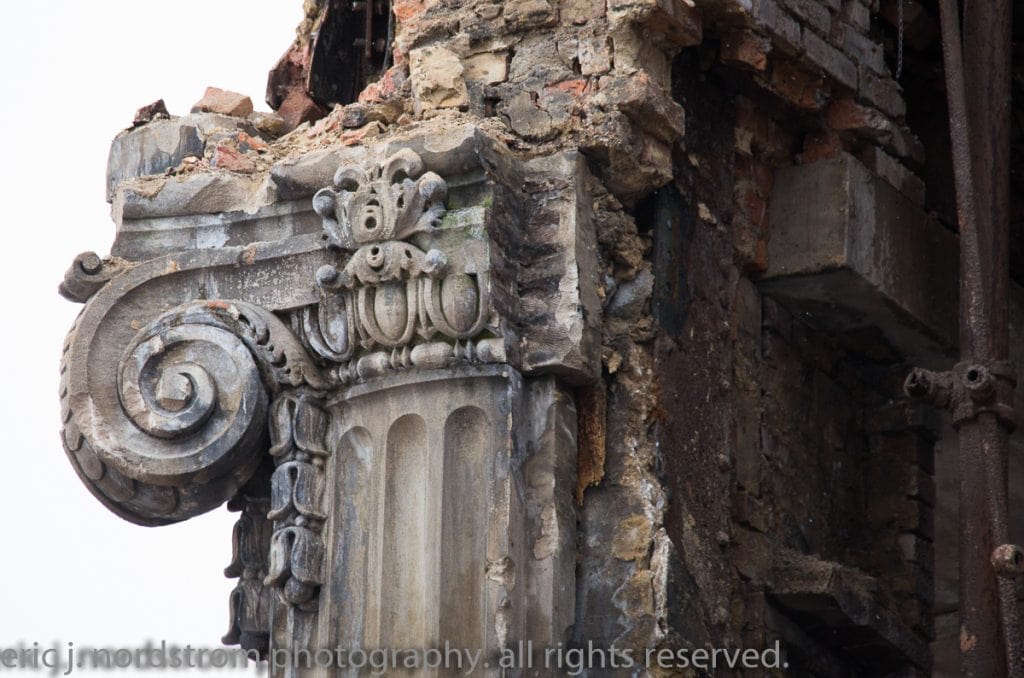 supposedly the effect of the heat on the inside of these “prairie boulder” buildings caused the “oil” in the stone to bubble to the outside surface which created a thick, hard coating a quarter of an inch thick on the exterior walls. 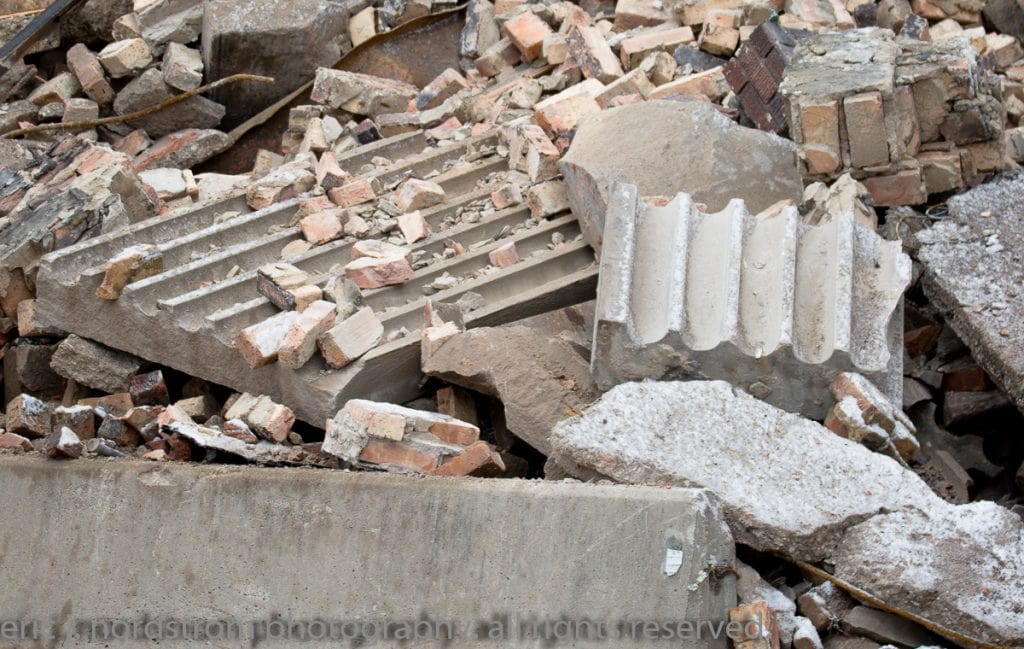 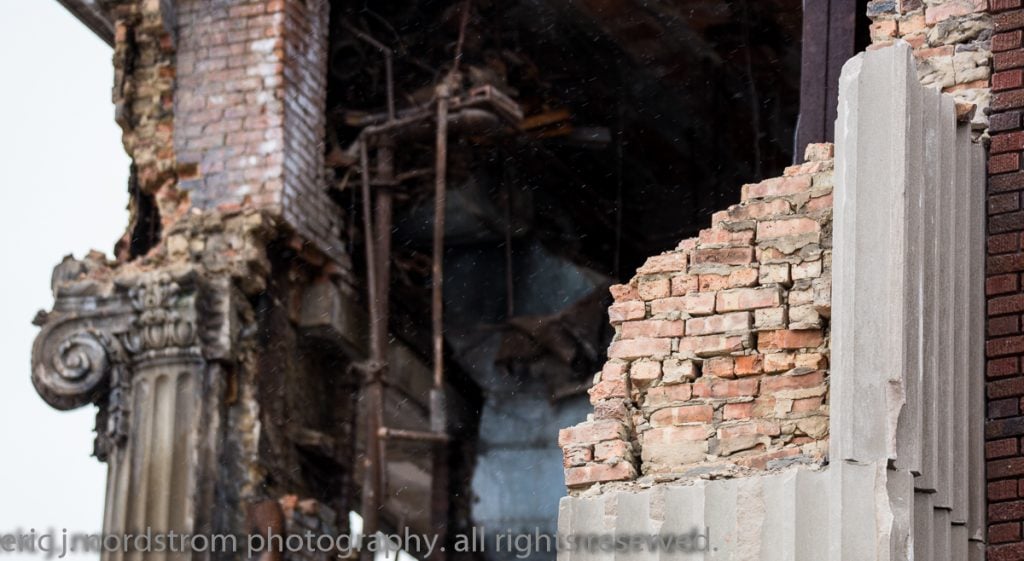 As rebuilding began the demand for brick and stone of all kind was enormous. Builders were keenly interested in whether Congress would pass a bill to relieve Chicago builders of the duty on building materials, including brick, which went for $16 per thousand immediately following the fire. 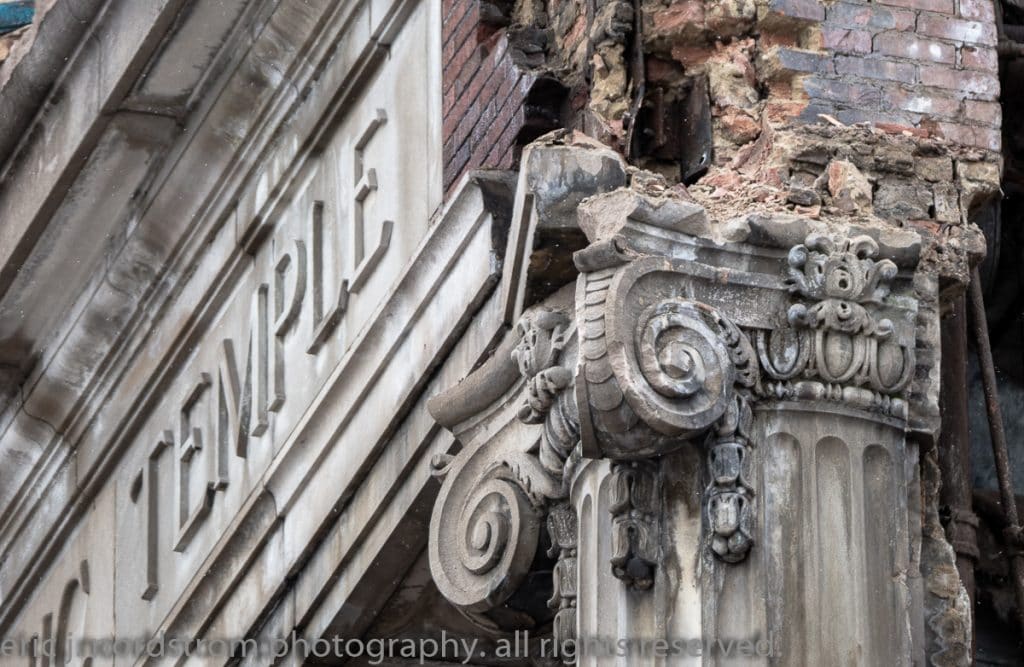 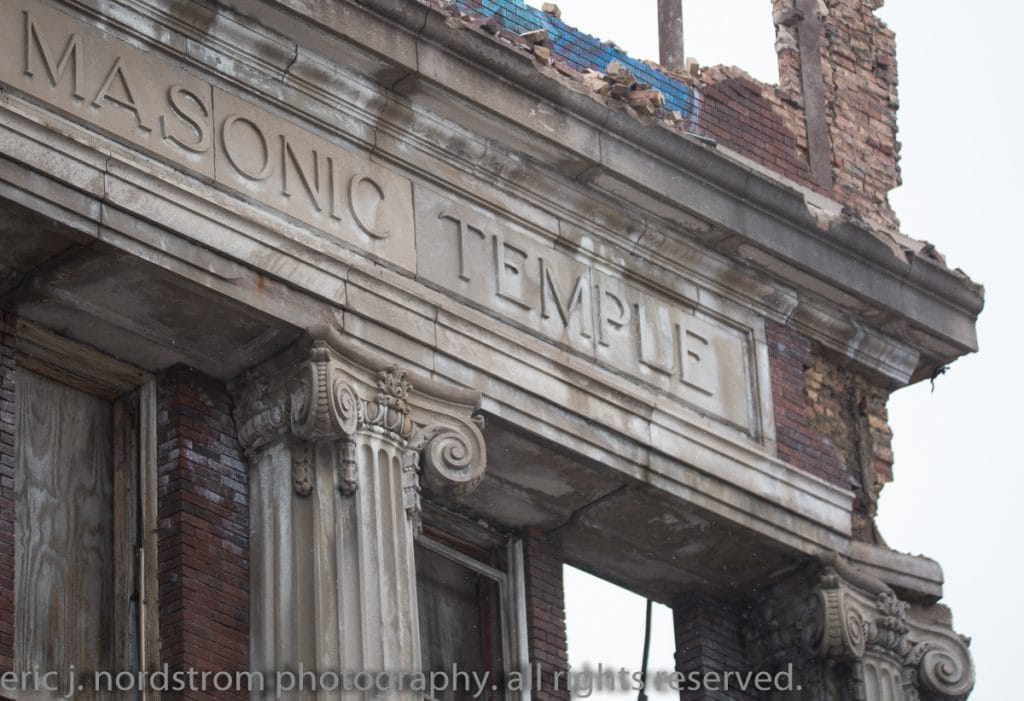 local quarries within the city limits as well as the large quarries southwest of Chicago in Joliet and Lemont kicked into overdrive producing stone to rebuild the devastating effects of the conflagration. demand outstripped supply and Bedford stone was soon in demand. 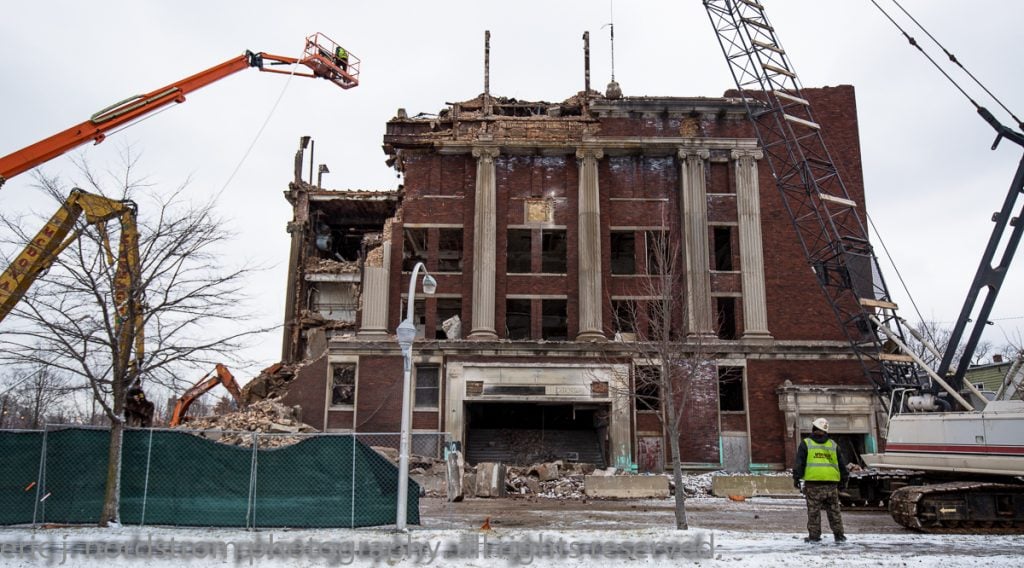 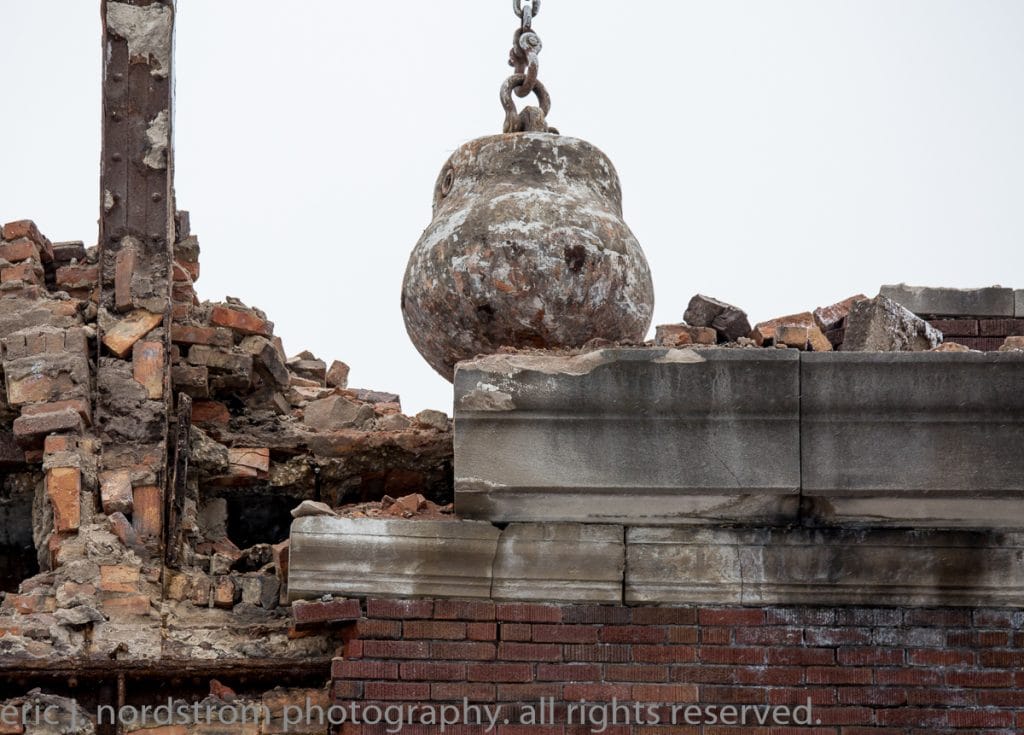 by the 1890s the local stone had been displaced by the higher quality Bedford stone, although not without resistance. in part 5 on the south side masonic temple in this eight-part series, we’ll examine the reason why this remote stone from hundreds of miles away completely supplanted the local stone as the prominent building material of choice. 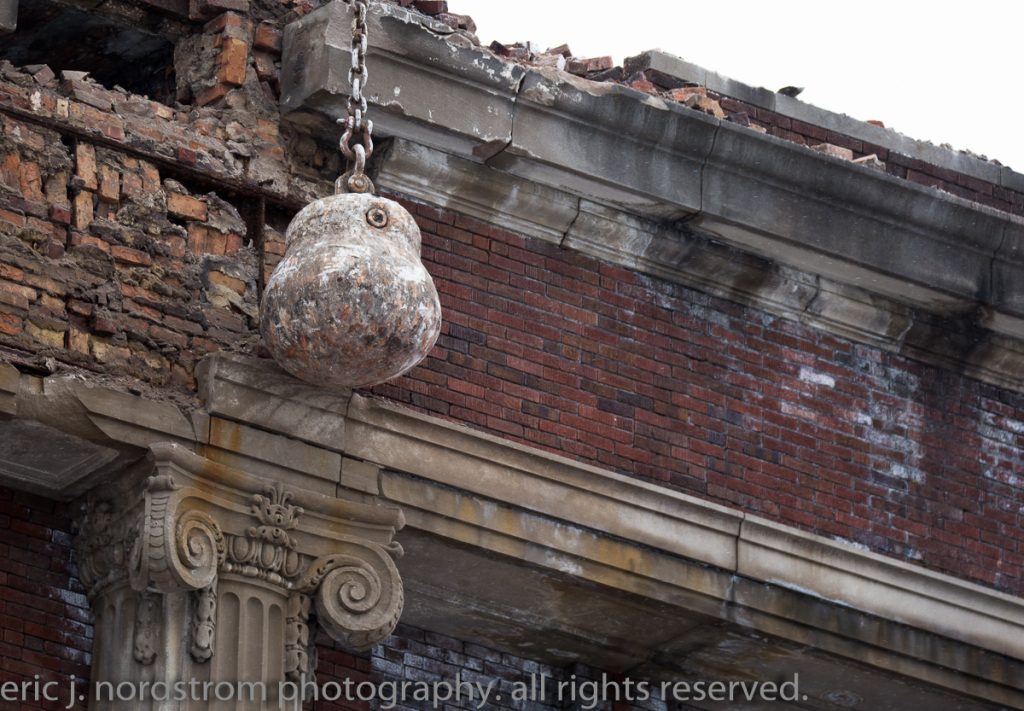 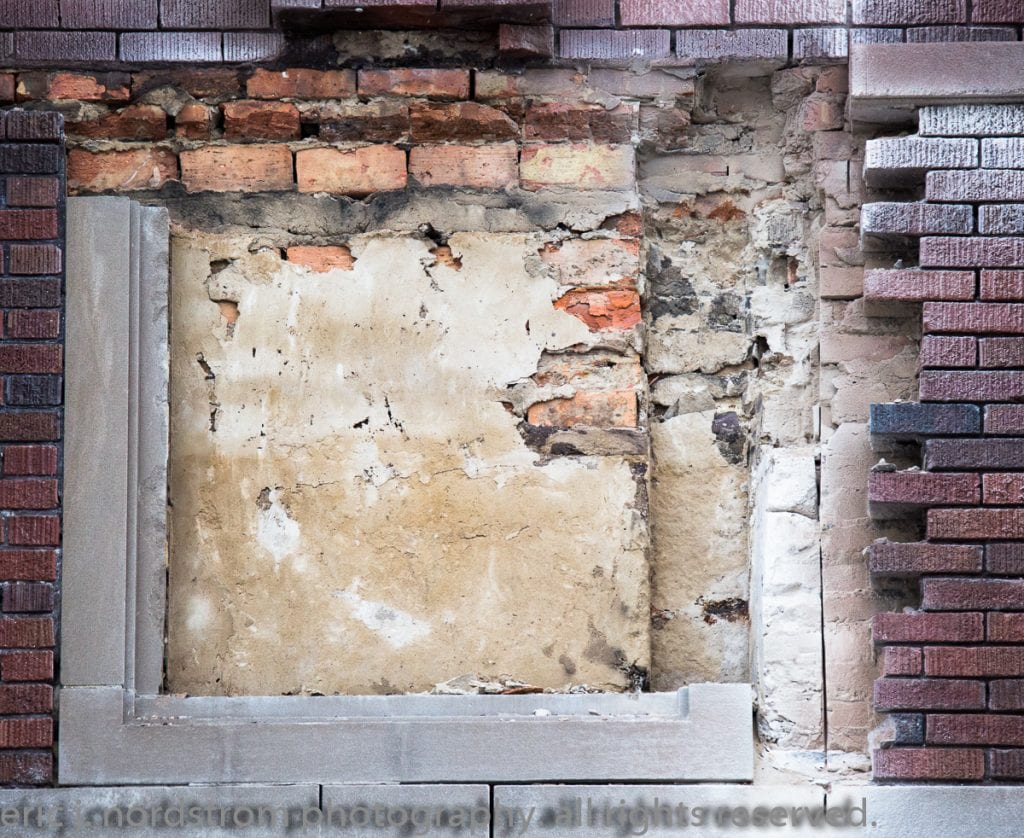 after a few hundred images and frozen hands, I left the site. I need to see this through, so I can only take it in small doses. more images to follow. 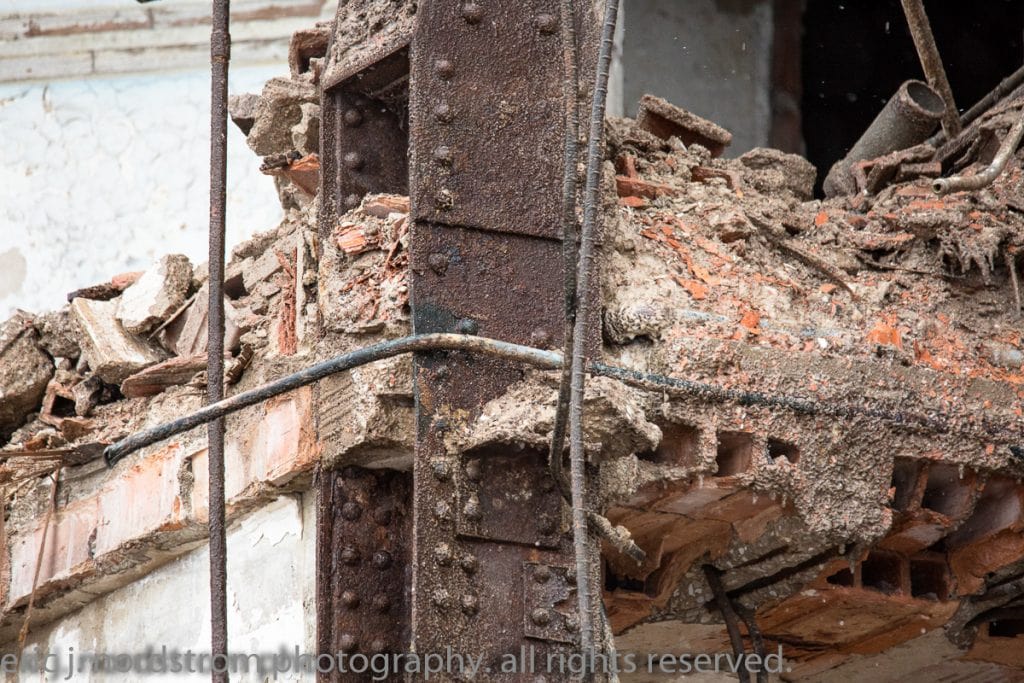 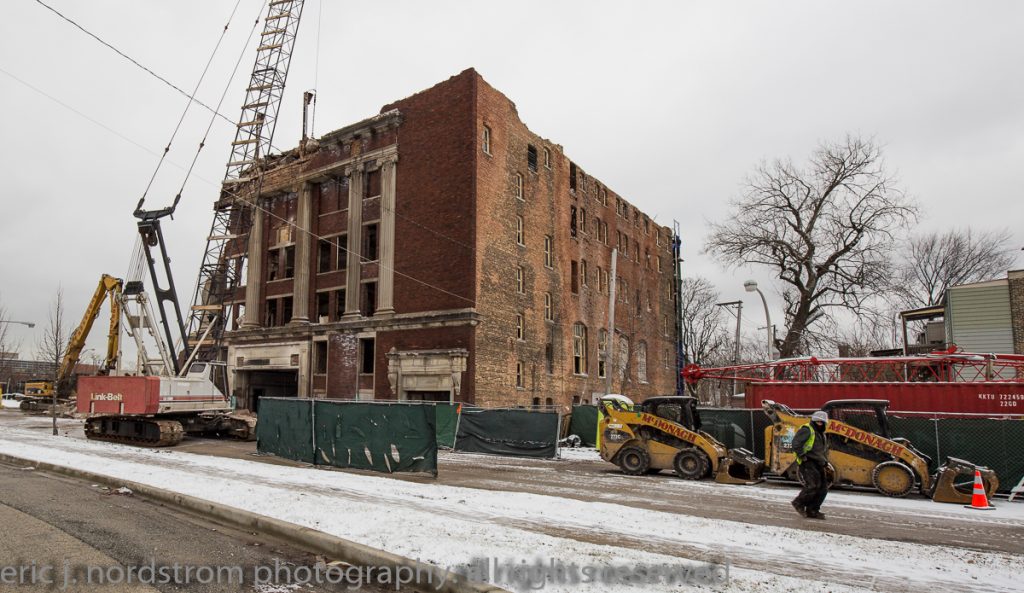