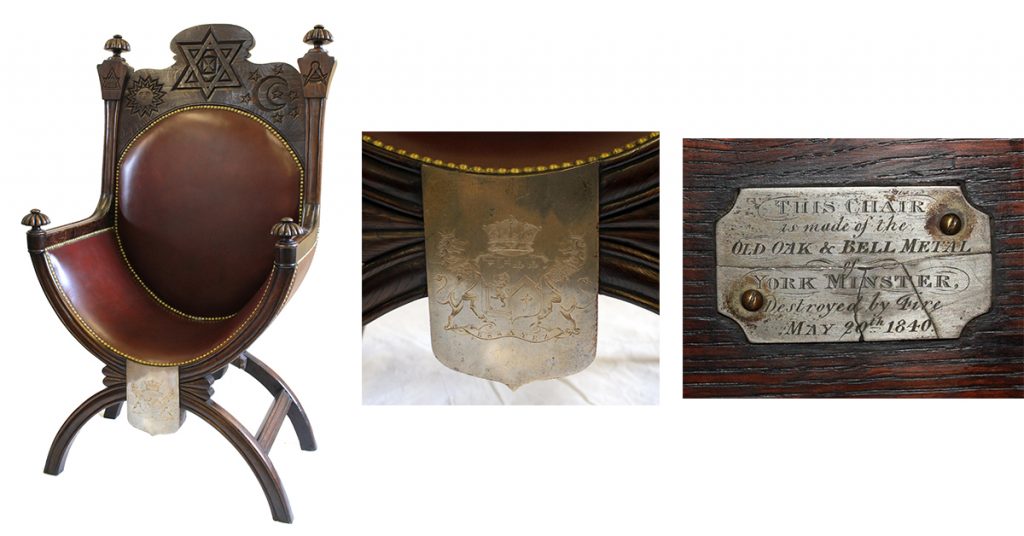 A CHAIR which a Wokingham auctioneer first sold 16 years ago is going under the hammer again.

Auctioneer Matthew Coles, of Martin & Pole, Wokingham, received a phone call in January from the owner of an unusual Masonic chair which Matthew had sold him while working at Bonhams in Leeds back in 2002.

The owner had the throne-like chair restored to its former glory by a specialist in Harrogate, and contacted Matthew to put it back up for sale.

Matthew said: “I remembered the chair well. It was entered into our first Masonic Memorabilia auction in Leeds and was one of the highlights.

“Not only did it have good provenance, but it felt very personal to me, as I had discovered it in a dishevelled state in a barn outside York! It has always been one of the most memorable items to have passed through my hands.

“The vendor brought the chair all the way down from Yorkshire to Berkshire, so it is a great honour to be offering it for sale again. I am hoping it will go to another appreciative owner.”

The chair is made of oak, with a plaque below the seat engraved with a coat of arms. On the back is another plaque, stating that the chair was made from timber and bell metal from York Minster, which was destroyed by fire on May 20, 1840.

The coat of arms on the front belongs to the Second Earl of Zetland, who held the most senior Masonic post in York at the time of the fire: Provincial Grand Master. In 1844, the Earl would become the Grand Master of the United Grand Lodge of England, a position currently held by The Duke of Kent.

The auction will take place on Wednesday, April 25 at the Martin & Pole Auction Rooms in Milton Road. For more details on viewing days and the full catalogue, visit www.martinpole.co.uk.