Today in Masonic History Alexander Fleming is born in 1881

Today in Masonic History Alexander Fleming is born in 1881.

Alexander Fleming was a Scottish pharmacologist, botanist and biologist.

Fleming was born at Lochfield Farm near Darvel, Scotland on August 6, 1881. Fleming’s one of four children from his fathers second marriage. Fleming’s father was 59 when he married the second time and by the time Fleming was 7 his father would pass away.

After attending local schools and receiving a scholarship to Kilmamock Academy, Fleming would attend the Royal Polytechnic Institution in London. On the advice of his older brother, who had already become a doctor, Fleming began pursuing a medical degree. In 1903 he enrolled in St. Mary’s Hospital Medical School where he received a Bachelor of Medicine, Bachelor of Surgery degree in 1906.

While at the St. Mary’s, Fleming was a private in the London Scottish Regiment, Volunteer Force. He was also a member of St. Mary’s rifle club. The captain of the club eager to keep Fleming around, encouraged Fleming to join the research department of St. Mary’s. There Fleming would work for Almroth Wright a pioneer in immunology and vaccine therapy.

Fleming served throughout World War I as an Army Doctor. During his time in the war he observed that the antiseptics commonly used at that time were causing more harm then good with many patients. He published a paper during the war on the subject. Unfortunately many Army surgeons took little notice of Fleming’s findings.

In 1921, Fleming discovered “Lysozyme” an enzyme that attacks the cell walls of bacteria.

In 1927, Fleming had begun research into Staphylococci. Although he had gained quite a reputation in the medical community, he also was notorious for keeping a messy lab. In 1928, he had gone on vacation through August with his family returning in early September. When he returned he discovered one of his Staphylococci had been contaminated. He discovered that the fungus, a member of the Penicillium genus, had a destructive effect on the Staphylococci. For months after the initial discovery, Fleming referred to the substance that was killing the Staphylococci as “Mould Juice”. He would eventually start calling it the more familiar name penicillin.

It would take until the early 1940’s before Penicillin could be massed produced in enough quantity to have an effect on human health. Fleming would share the Nobel Prize with the two men who developed the techniques to mass produce Penicillin.

Fleming was a member of London Scottish Rifles Lodge No. 2310. 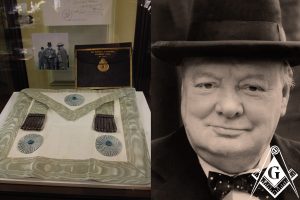 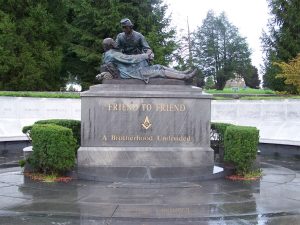