There is More to Being a Traveling Man than Pins and Mileage
by WB Robert E. Jackson 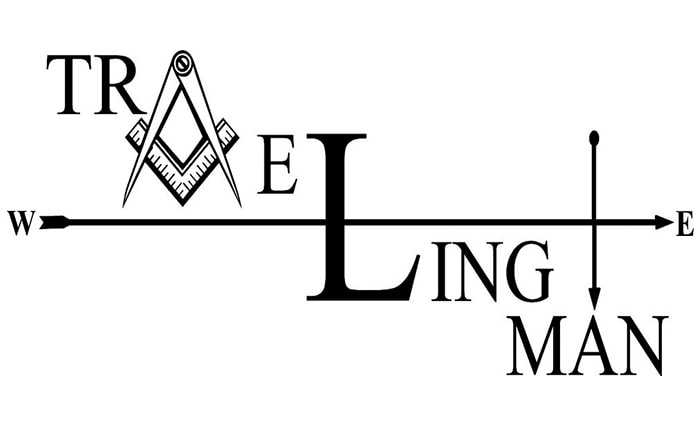 For many months I’ve had a paper idea in my ‘todo’ list on the importance of travel. When I saw the topic show up in another blog, I scrapped the idea and yielded to the Brother. However, recent experiences have inspired me to continue the subject, and although I can’t find the other article, I hope people find my story complementary to that article.

I used to travel frequently for work, 2-3 weeks out of each month, sometimes weekends. Eventually the airline gate agents and hotel workers got to know me. Although I was a Mason for much of this time, I never took advantage of the travel and visited other Lodges. Add this to the plethora of mistakes that I hope to learn from. Back then, I thought visiting Lodges was only about expanding your network and maybe making new friends. I’ve come to realize it is much, much more.

During a recent business trip to Dallas, I researched the Texas Grand Lodge website to see if anybody was having regular stated meetings. I found two relatively close by, and decided to head downtown simply because I was interested in the Scottish Rite building in which they held their meetings. As I arrived, I learned that another Lodge, Highland Park Lodge, was holding a special communication for the purpose of raising a new Master Mason. Man, I could not pass that up as I’ve never seen a raising outside of my own district. I found the worshipful Master (easily distinguishable, due to his hat), who welcomed me as if I was an old friend, and quickly introduced me to their candidate and several other Brothers. It was heartwarming how quickly these Texans embraced this Massachusetts Mason.

Although the Fraternal Love received was amazing, it pales in comparison to the Third Degree I was able to witness. There were few similarities between Massachusetts and Texas, aside from the general story. Some roles were played differently, many words were different, but the performance was absolute top notch. This was the first time in many years that I was able to attend a degree without worrying about remembering my lines or agonizing over the late arrival of key Brethren. Furthermore, by hearing a different set of words, I’ve been able to answer certain questions in the ritual that have plagued me for years! I honestly believe sitting with these men and focusing on their work (which was beautifully and perceptibly flawless) not only uplifted my spirit, but also afforded me a better understanding of our ritual. Moreover, seeing a man reach out and raise his son, brought a tear to my eye as I recalled the time when my father raised me. What I would give to meet him again on the five points of fellowship.

I do feel the need to apologize to both Northern Star Lodge of Dallas and Estelle Lodge of Euless for not attending their meetings, and I would like to thank them for responding to my messages. Had they not encouraged my travel, I might not have found myself in the right place and time to witness the degree.

Brothers and friends, we as a human species have so much to learn. Our paths are long and winding, but the love of a friend can lift us from the deepest chasms, and a little bit of light can make an ordinary day something special and memorable. As we travel, it is important to remember that our journeys aren’t just about being sociable and meeting new friends and Brothers. It is also about how different jurisdictions and Lodges perform the ritual. By observing others and appreciating the differences, we can perfect our craft. If we carry this philosophy into all of our actions, there is no end to the amount of knowledge we can attain. Even if our Brother’s view seems completely perpendicular to our own, if we respect the differing opinions and continue searching for that light, there is a point where the ideals cross, and on that point, we will find a level unlike any other.