Members of Masonic Lodge in Heart’s Content have spent the month of February teaching young students in the region about the dangers of bullying.

The program is called This Little Light, and its core message is to teach children to put friendship first.

“We feel we are doing something worthwhile in the lives of these children,” said Mason Kinsley Welsh.

“My philosophy is that if you can reach one child, and save one child the anguish of being bullied, then the program is successful.”

The hour-long assembly features interactive presentations, singing, a poster contest and a puppet show to explain to children how the affects of bullying can last a long time, and what kids can do to stop bullying. 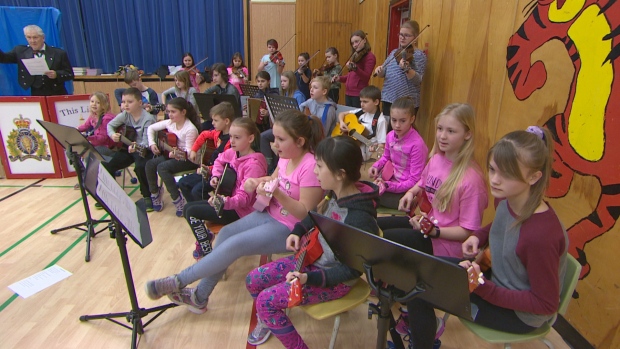 The program, which has been ongoing for nearly a decade, began as a way to engage with the public, Welsh said, with the hopes of alleviating some social stresses that affect young children.

The message seemed to get across loud and clear to the student body, including Grade 5 student Abbie Thorne.

“Well, I learned that you have to be a friend to everybody … and if there’s someone not like you, you can still be nice to them,” she said.

Members of the Masonic Lodge intend to keep the program going for years to come. They credit a partnership with the region’s schools and their administration for making This Little Light such a success.