Editor’s Note:
I visited the statue and grave of Bro. Wadlow this past Saturday. I think his story is an amazing story, and he was an exemplar of our tenet of Brotherly Love.

When I was ten, my grandparents bought a copy of the Guinness Book of World Records. It proved a wonderful source of useless information of all kinds, but what drew me to it again and again was a picture of Robert Pershing Wadlow, the world’s tallest man. He was not just tall: he was gigantic; an order of magnitude beyond what seemed possible. Born in 1918 in Alton, Illinois, his extraordinary growth had begun immediately. Measuring 5’4” at the age of five, he had passed seven feet at the age of twelve, hit eight feet while still in high school, and topped out at 8’11.1” just before his death in 1940. He wanted to be a lawyer, and entered Shurtleff College with that aim in mind, but had to withdraw after a year, as it became too difficult for him to move around, especially on icy sidewalks; his legs grew steadily weaker the taller he became, and he required braces to walk. With that avenue closed to him, he traveled and exhibited himself widely, although not with a circus: he represented the International Shoe Company, who made his size 37 shoes. Dressed in a three-piece suit and fedora, he didn’t wear the height-exaggerating costumes and boots of shorter professional giants. He didn’t have to. Jim Tarver, who traveled with circuses for decades as the World’s Tallest Man, wore cowboy boots and a tall cowboy hat, and was still a foot-and-a-half shorter than Wadlow.

I’m still fascinated by Wadlow’s height, but I’m also intrigued by something about him that’s usually mentioned only in passing: he was a Freemason. An active DeMolay as a youth, he petitioned Franklin Lodge No. 25 in Alton on June 10, 1939. He was initiated as an Entered Apprentice on October 19, passed to the degree of Fellowcraft on October 31, and raised to the Sublime Degree of Master Mason on November 4. He apparently had no difficulty in memorizing his catechism; in fact, Brother William F. Sinclair, who instructed Robert in his catechism, described him as one of the most brilliant students he’d ever known. One does wonder what accommodations had to be made in his degrees, given his nearly nine feet in height.

Early in the next year, Brother Wadlow was given a Masonic ring. Designed and made by the Kinsley-Skovosky company of St. Louis, and presented to him by Robert Goulding at Goulding’s Jewelry Store in Alton, it was a size 25, and surely was the largest Masonic ring ever made to be worn.

He didn’t get a chance to wear it for long, of course. A poorly fitted brace caused a blister on his foot while he was traveling in Michigan. He couldn’t feel it, as his rapid growth had led to diminished sensation in his legs, and it became infected. He took ill, and was hospitalized, underwent emergency surgery, but to no avail. He died on July 15, 1940.

Over 40,000 people attended his visitation and funeral in Alton; a DeMolay Honor Guard stood vigil at the casket as mourners filed past, and accompanied the hearse to Oakwood Cemetery. Twelve of his Brother Masons acted as pallbearers, and Brother William Sinclair, Robert’s mentor, acted as Master for the Masonic funeral service.

His family was concerned that his body might be stolen, so they had concrete poured over the casket. They burned many of his clothes and other possessions, because they did not want souvenir hunters to make a spectacle or a profit on his memory. He was not a freak, after all; he was just Robert, their son and brother, a gentle and genial man who just happened to be taller than anyone who had ever lived.

The more I’ve learned about Robert Wadlow over the years, the more my fascination with his height is colored with a wistful sadness, not because I would have liked to see him in person in order to stare at him, but because he seems to have been a nice guy whom I would have been glad to have as a friend. I just would have liked to sit in lodge with him.  By all accounts, he was an amiable and kind young man, never turning down a request to visit kids in an orphanage or hospital. Robert Landiss, one of Wadlow’s fellow DeMolays, said of him, “Anybody who knew Robert loved him. My favorite memory of Robert is of him being himself. He was an outstanding person. He was very easy to get along with. Robert liked everybody.” He had a good sense of humor, too. When asked by Robert Ripley, of Ripley’s Believe it or Not, how he dealt with annoying people in public, he said, “Oh, I just overlook them.” He had to do that a lot, given that he was stared at his entire life. He seems to have decided that being kind was a better way to go. “Ninety-nine per cent of the people are OK,” he said. “The rest are just plain ignorant, so why should I let them worry me?”

Seventy-Five years after his death, Robert Wadlow is very much still present in Alton. The Alton Museum of History and Art has a Wadlow Room, dedicated to preserving his memory, as does Franklin Lodge No. 25. On the campus of the Southern Illinois University Dental School, the old Shurtleff College, stands a life-size statue of its tallest son, alongside a life-size model of his custom-made chair. Stand next to the statue, and you’ll see just how tall he really was. His height, however, won’t tell you something that was arguably more important about him: he was a just and upright Mason, and for far too short a time he walked and acted as such.

R.W.B. Michael H. Shirley once served the Grand Lodge of Illinois, A.F. & A.M, as Leadership Development Chairman and Assistant Area Deputy Grand Master of the Eastern Area. He was a Certified Lodge Instructor, a Past Master and Life Member of Tuscola Lodge No. 332 and a plural member of Island City Lodge No. 330, F & AM, in Minocqua, Wisconsin. He served the Valley of Danville, AASR, as Most Wise Master of the George E. Burow Chapter of Rose Croix; and was also a member of the Illinois Lodge of Research, the York Rite, Eastern Illinois Council No. 356 Allied Masonic Degrees, Eastern Star, Illini High Twelve, and the Tall Cedars of Lebanon. The author of several articles on British history, he teaches at Eastern Illinois University. 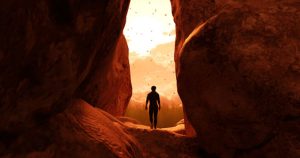 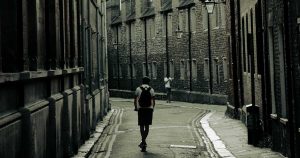 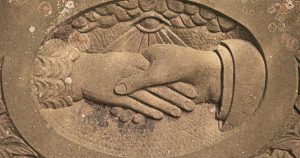 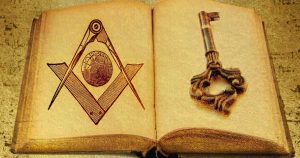 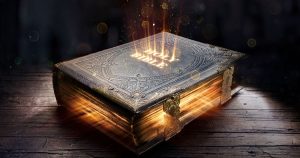 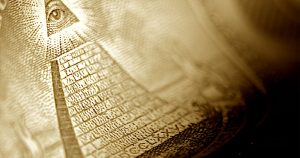