We all know that many of the teachings within Freemasonry emanate from the construction of King Solomon’s Temple in Jerusalem, as well as the life of its premier architect, Hiram Abiff. The temple is exceptionally significant to Masons across the world, and several Masonic allegories within each of the degrees focus on the construction of the temple.

The Pillars of Boaz and Jachin.

Thanks to the research of first-century Romano-Jewish scholar Josephus, the pillar of Boaz stood on the left on the entrance of Solomon’s Temple, while Jachin stood on the right. He also tells us that they were made by a craftsman named Hiram, who as we know, is an integral Masonic figure.

The Bible describes the pillars as being nearly six feet thick and almost 27 feet tall. These imperious pillars didn’t survive the destruction of the first temple, and there is no record that they were replaced when the second temple was built.

Construction of the temple began in 966 BC and was completed seven years later. The story of the building of the temple is found in 1 Kings & and 2 Chronicles 3. Interestingly for Masons, we learn a little about the mysterious Hiram Abiff, and he is introduced as follows:

“King Solomon sent and brought Hiram from Tyre. He was the son of a widow of the tribe of Naphtali, and his father was a man of Tyre, a worker in bronze. And he was full of wisdom, understanding, and skill for making any work in bronze. He came to King Solomon and did all his work.” 1 Kings 7: 13:15

Hiram Abiff is revered by Masons as the premier architect of the temple that plays such a significant role in the Masonic teachings. He was brutally murdered in the temple he designed by three thugs who attempted to force him to divulge the Master Masons’ secret passwords.

His refusal and protection of the craft’s secrecy inspired much that is sacred and important to modern-day Freemasonry. The resulting themes of the Hiramic allegory are the importance of fidelity and the certainty of death.

The pillars that Hiram built at King Solomon’s Temple were an incredible feat of craftsmanship that stood proudly at the entrance. The Bible describes his pillars in the following way:

“He cast two pillars of bronze. Eighteen cubits was the height of one pillar, and a line of twelve cubits measured its circumference. It was hollow, and its thickness was four fingers. The second pillar was the same.

He also made two capitals of cast bronze to set on the tops of the pillars. The height of one capital was five cubits, and the height of the other capital was five cubits. There were lattices of checker work with wreaths of chain work for the capitals on the tops of the pillars, a lattice for the one capital and a lattice for the other capital.”

As Masons, we must marvel at the complexity and intricacy of the formidable pillars that Hiram built for King Solomon. We also need to recognize the significance of the names. Boaz means “in him is strength,” whereas Jachin means “he will establish.”

When considered together, the names a reminder that God would establish the temple and the worship of His name in strength. Even though they were destroyed, the pillars represent the strength and stability of God’s promises and serve as a reminder of the talent and remarkable craftsmanship of Hiram Abiff.

What is the significance of the pillars within Freemasonry?

As has been mentioned, the pillars within Freemasonry are a reminder to all brothers of the vital role that Hiram Abiff played in the construction of King Solomon’s Temple. But more than that, the pillars also serve another symbolic purpose within Masonic teachings.

The most prominent theory among Freemasons is that the pillars of Boaz and Jachin represent what is understood in Eastern philosophy as the pairs of opposites. Consider that a Mason is taught to balance the opposing forces of his own nature by aligning his thoughts, feelings, and actions with the grand plan.

Through allegory, he learns that death on earth is only physical and that his spirit will be reborn again in another form. This helps us understand that each Mason is a spiritual temple, and the pillars represent his most significant protection.

Moreover, the pillars are often considered to represent the dichotomy of light and dark, or life and death. In this respect, we consider that sometimes death is necessary to remove something that is old and hindering, as this paves the way for the new and thriving.

A terrific summation of the important significance of the pillars of Boaz and Jachin can be found in the words of Brother H.L. Haywood:

“The two great pillars which stand at the entrance, invite the Initiate into its mysteries; so noble in proportion, so intricate in design, so beautiful to see. They seem to keep solemn watch above the scheme, as if to throw a hush of awe about the soul that would mount to the upper room of the spirit.”

Thanks to Brother Haywood, we can take a step back and appreciate the marvel that Hiram Abiff created for King Solomon. In this regard, the pillars stand as the gateway into Freemasonry and welcome initiates to explore the wonder and mysteries within.

From a slightly different perspective, Brother Robert Palazzo shares his belief that the meaning of the pillars is esoteric and comments that:

Brother Palazzo articulates that the pillars represent the unity of two integral Masonic values. The enduring presence of the pillars, then, is a constant reminder to Masons of the importance of these values and the value of living a virtuous life.

The Masonic pillars are enduring.

As we have learned, the Masonic pillars are an important symbol within the craft. This is largely a result of the wonderful craftsmanship of Hiram Abiff when constructing them, as well as the magnificent way in which they’ve been described by the holy scriptures.

While brothers can take contrasting meaning from their symbolism, it’s undisputed that the pillars play a significant role in conveying the story of Hiram Abiff and the construction of King Solomon’s Temple more broadly. 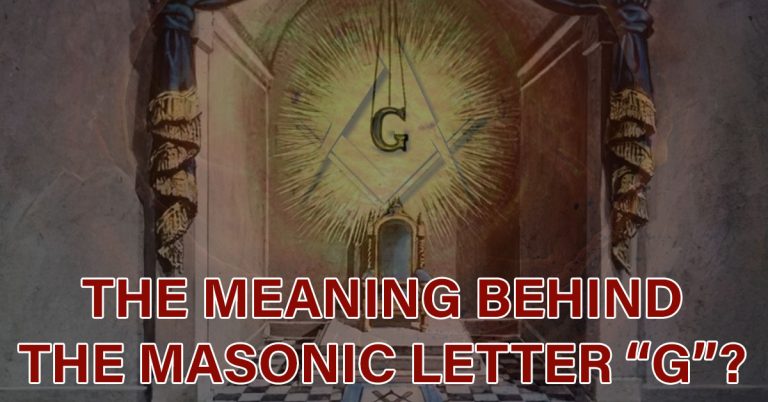 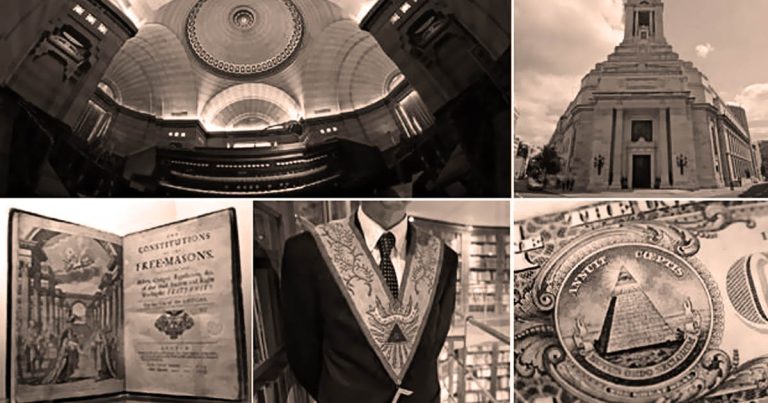 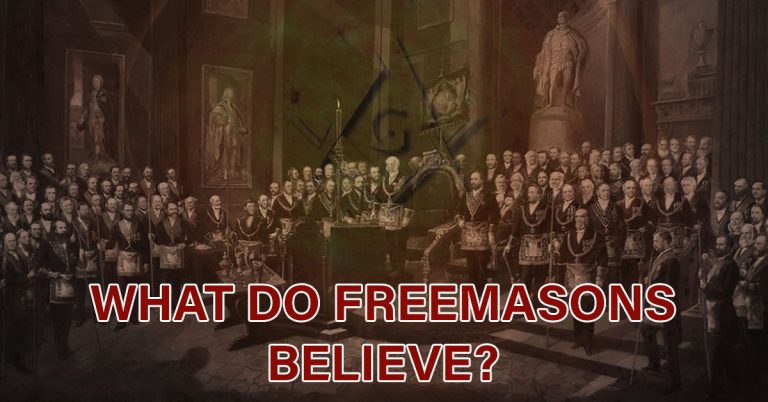 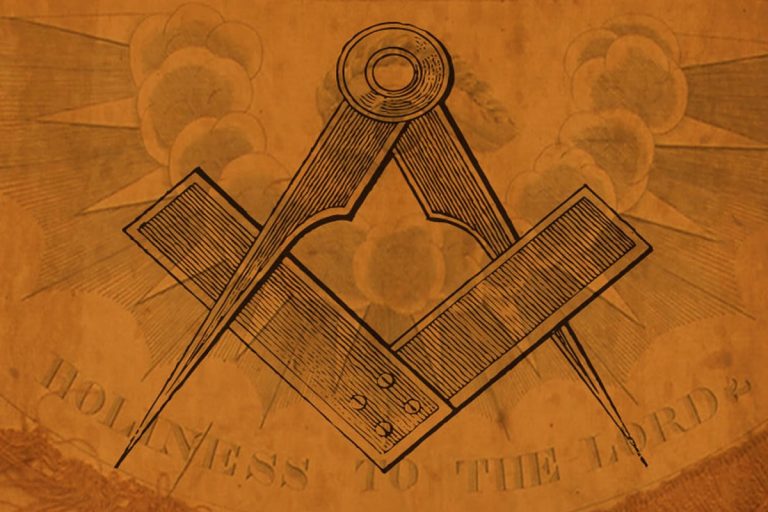 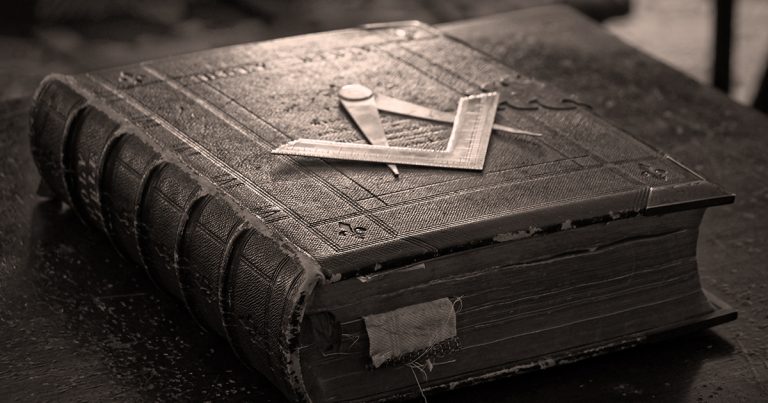 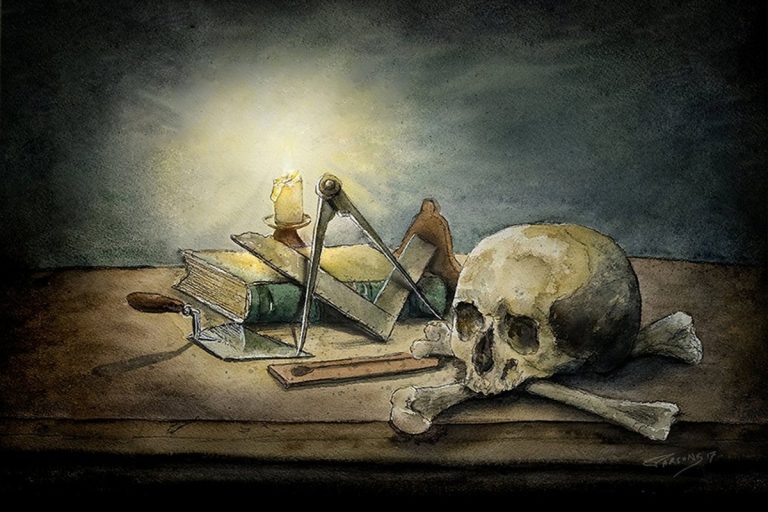