The Edge of the Universe in Freemasonry

The concept of the edge of the universe is prevalent in Freemasonry and is central to our understanding of the world’s very creation. It also helps Masons position the existence of their lodge and understand the other critical elements of life that influence Masonic practice.

In this post, we will explore what is meant by the edge of the universe in Freemasonry and understand the symbolic significance of brothers understanding their position in the broader spectrum of life.

This is the starting point for Masons who seek to understand the extent of their lodge and the position of Freemasonry within the broader constructs of the universe.

In Freemasonry, the lodge is said to represent the whole of existence, starting as a central construct in a Mason’s life, but extending symbolically to the heavens, to the earth’s core, and as far as the eye can see on the earth’s surface.

It is fair to say that a Masonic lodge’s scope is all-encompassing and is emblematic of the design followed by the Grand Architect of the Universe. Masons believe that the lodge represents not only the temple of humanity but also the whole of creation.

This helps us understand why Masons place such emphasis on the importance of their lodge and work hard to ensure their values and actions reflect those of Freemasonry when in a public space.

What is the significance of the Masonic lodge?

We know that the Masonic lodge is the center of a brother’s Masonic journey. Masons attend meetings, rituals, and ceremonies at the lodge to learn more about Freemasonry and to conduct various activities related to their membership of the fraternity.

Indeed, the lodge is the primary place in which Masons meet to enjoy brotherhood, create, and hold one another to account. It is the focal point of Freemasonry in a specific community and is, in many respects, the center of the Masonic universe.

For some, the lodge is representative of life itself or at least life in relation to creationism. It is the central place from which Masons study the intricacies of life and delve into science and nature’s secrets.

Brothers seek to garnish their knowledge of Freemasonry by undertaking research and holding council about some of the most pressing issues within the fraternity. The lodge is a vital meeting point for these discussions to occur and is, therefore, often considered the center of the Masonic universe.

What topics are studied by Masons within the lodge?

While some Masons commit to studying many of the core teachings of Freemasonry in their own time, others don’t necessarily find value in this practice. For some brothers, the fraternity’s real value is participating in ritual with like-minded people and building their networks and relationships to become better men.

Yet the lodge is a place where these like-minded men meet and share stories, with the intention of completing tasks that will be appreciated by those around them, as well as the Grand Architect of the Universe.

Many of these activities are charitable acts that a Mason completes to help his lodge meet one of the core values of Freemasonry. Charitable acts come in many forms and can be something as small as sitting down with an elderly member of the community for coffee or fundraising thousands of dollars for an important cause.

While this is considered a personal act of sacrifice, it is also regarded as service to the lodge and, therefore, service to the brothers. It is the responsibility of Masons to conduct themselves in a way that will inspire newer members of their order to follow suit and be inspired to act accordingly.

In addition to the Pavlovian learning by doing, new members, or Entered Apprentices, must also spend their time within the lodge studying various topics and texts that help nourish their Masonic interest and help them on their journey toward becoming a Master Mason.

Their core study helps them work through the three degrees of Freemasonry, but it actually goes further than that. Above the core teachings, a Mason’s study entails curiosity, reading, experimentation, and testing,

A significant part of Masonic study is interpreting and understanding a brother’s place within the universe and being able to articulate the critical components of the teachings of the Masonic lodge.

Understanding the interlinked nature of the universe

Unfortunately, many people in society don’t theorize a great deal about their coexistence with other men and don’t fully appreciate the universe’s interlinked nature. Many people are only concerned with their own bodies and the reality surrounding their daily actions and relationships.

Masons are encouraged to look beyond this and seek deeper meaning from the universe around them. Brothers should not be content with merely listening to what others tell us to do and say. Masons should be encouraged to challenge, theorize, and create meaning for themselves that is aligned with the core Masonic values.

Freemasonry teaches us that every individual perception of the universe, including our own, is only a shadow of perhaps all that there is. Masons are taught to remember this virtue when developing an understanding of the universe, and they are encouraged to recognize the fact that there is often a lot more to something than initially meets the eye.

To fully understand the universe, brothers believe that part of the recipe for success is observing how nature works and why we truly uncover the true extent of the universe.

Critical to our understanding of the universe today is the interconnection between religion and philosophy. Philosophers and stoics of the past articulate a view on creationism and the nature of human interaction that is markedly different from the Holy Scriptures. Therefore, we are encouraged to extrapolate meaning from both avenues of thought and use it to understand the extent of the universe better.

Philosophers of the past were interested in steering humanity towards a union between itself and the rest of the universe. To take one example, Democritus understood that the world is made up of granular particles. His study informed the work of Einstein and other quantum physicists who have taken the exploration of science to a new level today.

While it is not necessarily within the remit of a Mason to microscopically study ancient philosophers’ teachings, it is of paramount importance that brothers attempt to extrapolate meaning from as many different sources as possible to inform their perception about the state of the universe.

Because many of the ancient philosopher’s teachings are contradicted by much of the writings of the Holy Scriptures, a Mason must decide for himself which stories and bodies of thought add value to their life.

This is of fundamental importance if a brother can conceptualize a Masonic understanding of the extent of the universe.

Conclusion: how does a Freemason understand the edge of the universe?

As has been explored in this post, to understand the universe’s constructs, a Mason must do more than just accept what he is told. He must be willing to research, theorize, and be able to extrapolate meaning from a variety of sources.

To truly understand his position in the universe, a Mason must recognize the critical role that his lodge plays in his understanding of the world around him, as well as the role that the Grand Architect of the Universe plays in the world’s creation.

To ensure that a Mason is genuinely connected to the universe around him, he should utilize as many historical sources as possible and be widely read on various concepts. This will facilitate his learning of the process of creationism and allow him to develop a reasoned theory about the edge of the universe. 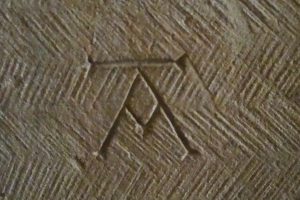 What do Masons’ Marks Reveal?

When we speak of a Masons’ mark, we are referring to the symbol of Freemasonry that is most often found on dressed stone in buildings and on other 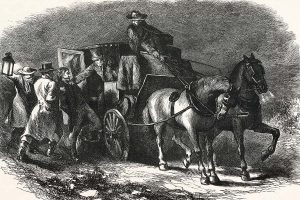 The Effects of Anti-Masonry on Freemasonry

It might come as a surprise for some of us to hear, but there was such an entity as the Anti-Masonic Party. In fact, it was the first third