As we know, Freemasonry has stood the test of time since it was formed in 1717. It has adapted to various societal and cultural changes but has remained true to the foundational beliefs upon which it was built.

In recent times, many of the closely held secrets of the craft have become somewhat common knowledge due to the advent of the Internet and the ease with which information can be accessed.

Yet Freemasonry has still managed to retain its strong roots in the teachings and practices of the medieval stonemasons, and the age-old traditions of the craft are still preserved and learned from in the present day.

Since the inception of Freemasonry, each generation has done its bit to preserve the craft’s status and has recruited like-minded men to join lodges all over the world to seek universal truth and companionship through fellowship.

This article is concerned with the contribution of the so-called Silent Generation to the preservation of Freemasonry, as their time was one fraught with many challenges that proved challenging to overcome.

Who was the Silent Generation?

The Silent Generation is defined as people born from 1928 – 1945. This period is one of the most challenging in modern history, particularly in the United States. As nations across the world were beginning to recover from the catastrophic losses of WWI, the Wall Street Crash of 1929 sent the US in particular into a Great Depression never seen before.

The period in question gave rise to far-right extremism and ultimately culminated in WWII, resulting from the aggression of fascists in Europe and most notably Adolf Hitler and his Nazi party in Germany.

The Silent Generation was comparatively small due to being sandwiched between the two World Wars, and the children of the generation faced many hardships. They experienced first-hand the economic devastation of the Great Depression, and before they reached their teens, they bore witness to further horrific loss due to WWII.

As a result, a significant number of the Silent Generation lost relatives to illness or war. By the time the nuclear bombs were dropped on Hiroshima and Nagasaki, they must have felt like they were witnessing the end of the world.

What’s more, throughout the course of the twentieth century, they experienced a seismic shift in the global social order, with Communism becoming the new enemy of the people and a constant menace for the governments of the west.

This new social order paved the way for further wars in Asia, most notably the Vietnam War, as well as a decades-long standoff with Russia, which saw the threat of nuclear war hanging over people’s heads until the early nineties.

At home in the US, the Silents witnessed and participated in the civil rights movements, and sowed the seeds of racial equality.

It’s fair to say that the Silent Generation grew up in a period that was fraught with difficulty and challenge and saw a great deal of conflict in their young lives. With civil society changing rapidly, social organizations like the Freemasons provided structure to people’s lives and a space in which people could communicate and build their communities.

So what happened to Freemasonry during the time of the Silent Generation? Let’s take a look.

What was the state of Freemasonry at the time of the Silent Generation?

In the early thirties, Masonic membership was on the way down. By the time the Silent Generation was ready to step into leadership roles, they faced significant challenges that were not of their creation.

That being said, they did a fantastic job of preserving the status of Freemasonry despite the seemingly insurmountable challenges that were building up across the world. In the US, the Silent Generation ran lodges just as they ran the rest of their lives, with respect for tradition, loyalty, and hard work.

Although many people look to WWII as the most significant occurrence during the Silent Generation’s lifespan, the Great Depression, in many respects, had as much of an impact on the lives of everyday Americans.

For Freemasonry, the Great Depression had an enormous impact on the membership of the fraternity. In the period between 1929 and 1939, membership loss amounted to almost 1 million members, from 3,295,125 down to 2,482,291.

When we look at these figures more closely, we see that 1929 and 1930 were relatively stable, but after that numbers decreased at an alarming rate for a full decade. The most apparent reason why membership fell so significantly during this time is a direct result of the impact that the Great Depression had on people’s lives.

As people struggled to feed and clothe their families, few could justify paying out in membership fees for organizations such as the Masons, as many Americans entered survival mode and tried to ride out the storm as best they could.

It wasn’t until 1941, right at the end of the Silent Generation, that numbers began to pick up again and then WWII in the following years also threatened the fraternity’s existence.

How did the Silent Generation help preserve the fraternity after WWII?

World War II could have seen the end of Freemasonry. When the Nazis rose to power, efforts to eliminate Freemasons did not receive top priority. However, there was a concerted effort to limit Masons’ influence in political and social spheres.

Lodges that espoused tolerance and equality and had international connections were subject to persecution and often pressured into voluntary dissolution. Those that were willing to tow the Nazi party line were allowed to remain operational, albeit with new restrictions imposed.

However, by 1934, Himmler and Heydrich had completed their takeover of the Gestapo. They began systematically closing down Masonic lodges and branch headquarters while looting their assets confiscating Masonic libraries and archives.

In 1935, the final nail in the Masonic coffin came, when Reich Minister of the Interior Wilhelm Frick ordered all lodges and branches to be dissolved and ensuring all of their assets were confiscated. Masonic lodges were described as ‘hostile to the state,’ as the Nazis believed there to be links between Freemasonry and the prominence of the Jews.

All being told, it’s difficult to estimate how many Freemasons were placed in concentration camps by the Nazis. Still, Nazi policy had a significant impact on the operations of European lodges, and it was sometime before Masonry recovered from its repression during World War II.

More generally, totalitarian regimes have consistently viewed Freemasonry as hostile. It has been the responsibility of those who survived these times to preserve the craft and keep it going for future generations.

The time in the immediate aftermath of World War II was a time for consolidation rather than growth, and it was a period in time when the Silent Generation was coming of age.

As nations recovered from the devastation caused by fascism in Europe, the Masonic principles of brotherly love, compassion, and charity, were needed more than ever. During this time, the brothers did a fantastic job of recruiting members to join the fraternity, and they adapted Freemasonry to be more inclusive and more focused on charitable giving.

It would have been all too easy for the Silent Generation to reside over the permanent demise of Freemasonry. They did not enjoy a membership boom during their tenure, and they had to implement change to keep the fraternity afloat. To this day, we must be extraordinarily grateful to our brothers of the Silent Generation for taking it upon themselves to adopt the fraternity and give it new life after the horrors of the Second World War.

Conclusion: The Silent Generation as custodians of Freemasonry

When life is at its most brutal, we learn about the power of collectivism and coming together around a shared and common purpose. The actions of the Silent Generation in preserving Freemasonry after World War II should not be overlooked.

By keeping Freemasonry afloat, the brothers of the Silent Generation served their Masonic duty, and to them, we must be eternally grateful. We should be inspired to know that, regardless of the situations we face in life, Freemasonry is there to support and guide us. 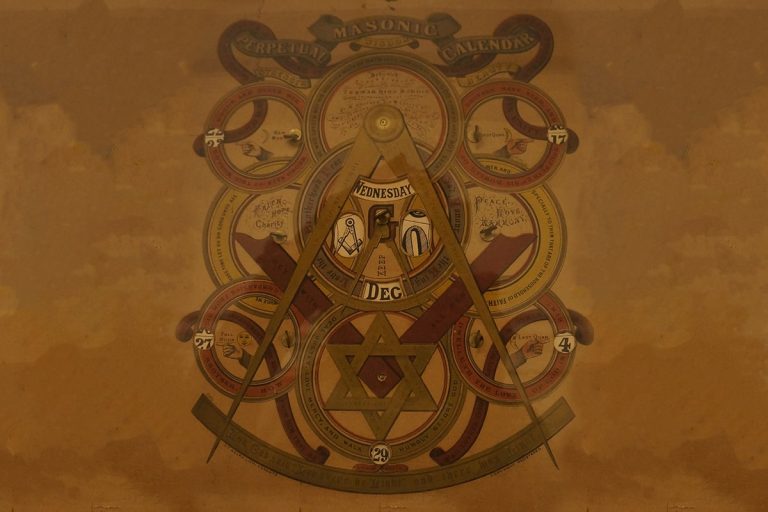 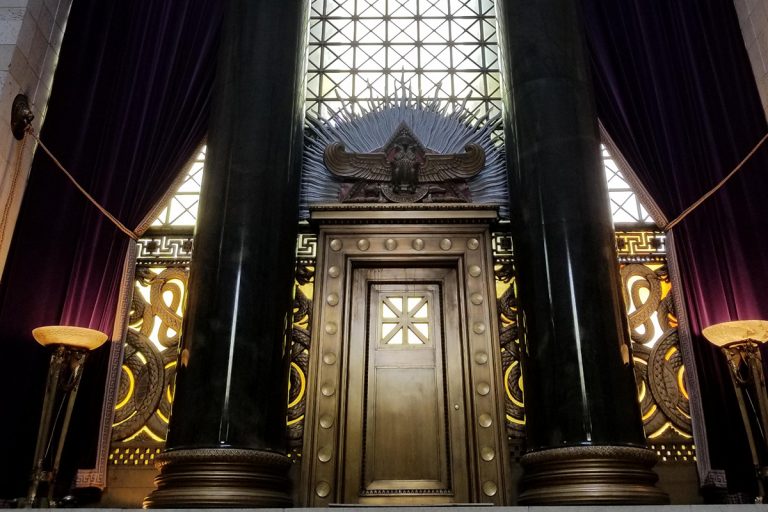 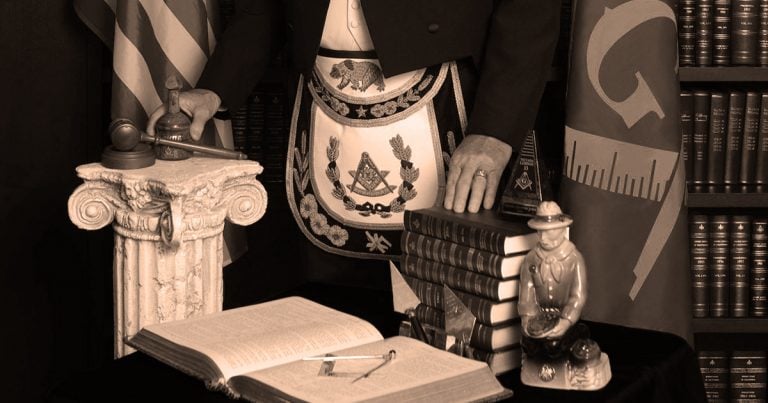 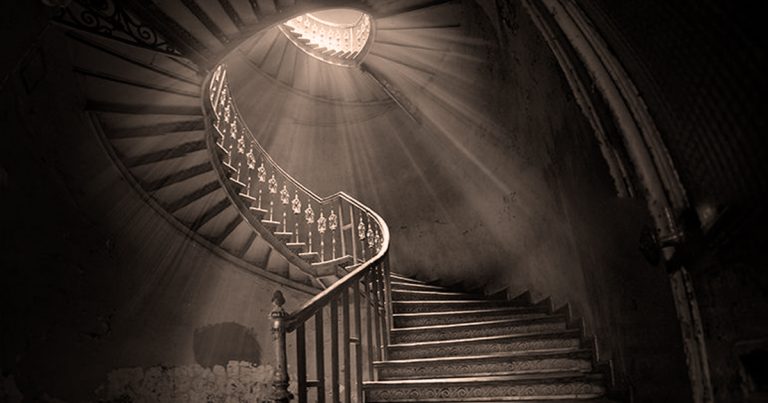